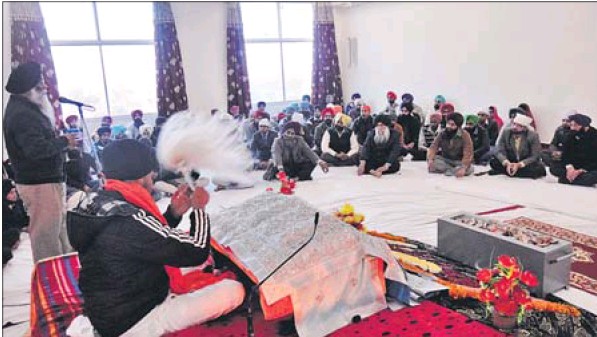 Fatehgarh sahib,Punjab: The birth anniversary of the tenth Sikh Guru, Guru Gobind Singh was celebrated with fervour and devotion at Sri Guru Granth Sahib World University on Saturday. Paramvir Singh, a professor in the department of Sikh encyclopaedia, Punjabi University, spoke about the great deeds of Guru Gobind Singh.

He motivated students to follow tenets of Sikhism so that it may flourish in a latitudinarian way rather than getting misled by certain religious leaders. Paramvir Singh congratulated the students for being part of the first Sikh university.

Gurmohan Singh Walia, vicechancellor of the university, thanked Paramvir Singh for his motivational address and asked students to keep away from the corrupt and materialistic world.

He encouraged students to follow Sikh rituals and more than that the basic tenets of humanity.

The staff and students of the university recited holy hymns in reverence to the Almighty. The function was followed by Guru Ka Langar.