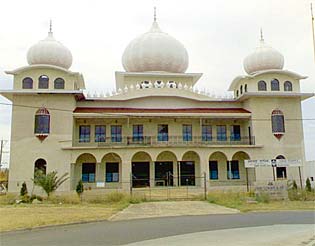 PROPONENTS of Tasmania’s first Sikh Temple will have to wait another month before they know if they have the land to build it on.

Australia, victoria: The Glenorchy City Council was supporting a proposal to dispose of a corner of the Chapel St Reserve so a temple can be built on the site.

But after a raft of submissions, both for and against the proposal, the council has decided to push back a decision to February and hold a public meeting in the Glenorchy Civic Centre.

In a letter to residents, Glenorchy City Council general manager Peter Brooks said a report expected to be handed over to councillors on Monday will be pushed back to February 12.

“There have been a number of issues and submissions for and against the proposed land disposal and it will require a longer period to properly investigate all the issues,” he said.

“By moving consideration, adequate time will be available for officers to review all public comments received on the proposal and to document these for consideration by council.”

The council was expected to allow the 2000sqm temple to be built on a 9000sqm of land that will be used for a 72-space carpark and gardens surrounding the temple.

Tasmania’s small Indian Sikh community have been working on plans for a temple in Hobart for more than three years.

Last year the local Sikh community was left devastated after the Hobart City Council decided not to let a temple be built in South Hobart after community opposition.

Sikh spokeswoman Surinder Mahindroo told the Mercuryat the time that some in the Sikh community were leaving the state because they had nowhere in which to worship.