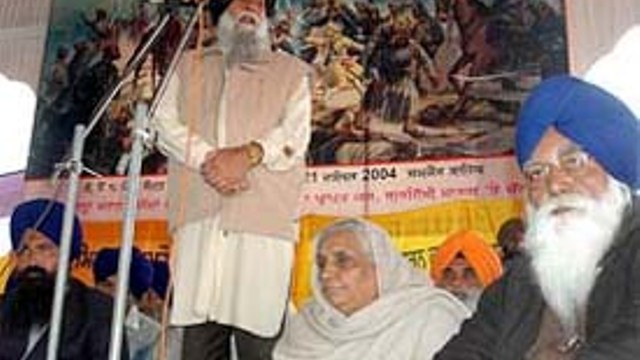 Chamkaur Sahib, Punjab: Political conferences marked the second day of the three-day Shaheedi Jor Mela here today. While the Congress failed to organise any rally, that organised by the ruling Shiromani Akali Dal (SAD) too was thinly attended.

SAD general secretary Prem Singh Chandumajra said efforts were afoot to secure the release of Sikh detainees who were in jail despite completion of their term. Targeting the Congress, he alleged the opposition party was left without any issues following the large-scale development in Punjab.

The SAD (1920) and the BSP also marked their presence with respective rallies.

The mela is held every year to commemorate the martyrdom of Ajit Singh and Jujhar Singh, the two elder Sahibzadas of Guru Gobind Singh who sacrificed their life fighting the Mughals.

Lakhs of devotees paid obeisance at various gurdwaras in the town and langar was organised at several points along the road leading to the town.

Previous: 3 Sikh detainees agree to come out on parole
Next: Stay on evacuation of traders along Golden Temple plaza