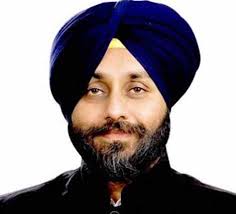 Chandigarh: Asking the Centre to desist from taking state governments “for a ride” on the pretext of security, Punjab deputy chief minister Sukhbir Singh Badal on Wednesday strongly opposed the proposed National Counter Terrorism Centre (NCTC), dubbing it a direct interference in the country’s federal structure.

Taking part in a meeting of chief ministers on internal security held under the chairmanship of Prime Minister Manmohan Singh in New Delhi, Sukhbir, who holds the home portfolio, reminded leaders that the consequences of operations under the NCTC would be as fatal as those Punjab had witnessed after Operation Bluestar was launched in the Golden Temple complex to flush out militants in 1984. Incidentally, the 29th anniversary of the army operation falls on June 6 (Thursday).

He said central forces, if allowed to conduct operations under the NCTC, would descend on the state without assessing the ground realities, launch an operation and move out, leaving the states to tackle the consequences themselves.

“How central forces act in isolation without taking the local situation into account can be gauged from the fact that Operation Bluestar was launched by central forces on Guru Arjan Dev’s martyrdom day, when a large number of devotees were inside the Golden Temple, resulting in a large number of casualties of innocent pilgrims,” he said. “This gross insensitivity of the central forces, instead of tackling the situation, further complicates it for the states,” the deputy CM added.

Sukhbir said the NCTC would give power to the Centre to tactically intervene in internal affairs of states.

He regretted that the union government had reduced the CMs’ meeting on internal security to an annual ritual with not a single proposal or suggestion of chief ministers getting materialised during the past four years. ministry of home affairs was working effectively and the proposed anti-terror body was not acceptable to any state.

Urging the Prime Minister to pay special attention to border states and problems being created by cross-border insurgency, narco-terrorism and counterfeit currency being pushed inside the country, Sukhbir questioned the Centre’s wisdom in focusing on a problem when it blew in one’s face. He said the Naxal problem was more than twodecade- old and the failure to tackle it till now suggests that we were adopting a wrong strategy in controlling it. He said the PM should also convene a special meeting of border states, as being done in Naxal-affected states. Questioning the basic purpose of the annual meeting without any substantial result, he said the union home minister should instead convene statespecific meetings individually and tackle the problem of the state concerned.

He cautioned, “We should not take states for a ride in the name of security as Punjab has singularly fought the decade-long terrorism without the NCTC and I don’t understand why the NCTC is required now.”