Amritsar, Punjab: Chief Khalsa Diwan (CKD) yesterday held a programme to mark the 142nd birth anniversary of its founder Bhai Veer Singh at Sri Guru Harkrishan Public School here. CKD president Charanjit Singh Chadha said, “Bhai Vir Singh was a versatile poet, novelist and critic, who found spiritual lessons in the objects of the nature. A kikar tree is a symbol of the spiritual seeker, who must face the barbs and arrows of the worldly people. The poet’s choice of plants in his house tells us a great deal about him as a person.”

Meanwhile, the tastefully decorated residence of Bhai Vir Singh, generally hailed as the father of the modern Punjabi literature, yesterday resonated with hymns of Guru Granth Sahib as people gathered at Bhai Vir Singh hall, raised at a corner of his house.

Even as houses of many Punjabi writers and poets, including Bawa Balwant belonging to the city, have either disappeared or are in a dilapidated condition, the residence of Bhai Vir Singh remains intact.

The palatial house, spread over five acres, preserves all belongings of the celebrity Punjabi writer in the original shape even after the passage of 48 years after his death.

His memory has been meticulously kept alive through his house dating back to the British era. A green space with landscaping akin to countryside farming in the concrete commercial jungle of the posh locality on the Lawrence road offers a fresh whiff of air.

The picturesque residence, surrounded by lush green spacious gardens and orchard, which should have been pilgrimage centre for the Punjabi writers, is visited by a few. Most of the city residents are not even aware about the rich heritage of the Punjabi literature housed there.

Four bouquets prepared from the garden of Bhai Vir Singh’s house are taken to the Golden Temple every morning by 85-year-old Bibi Amrit Kaur, who lives in the house.

The rare furnishings and personal collections of Bhai Vir Singh feature exceptional furnishings and domestic items. It would not be wrong to say that aspects of his multifarious personality are on display here. The old furniture with unique carving, including a cot and a writing table, has been well preserved.

The exhibition in the gallery of the house deals with the artifacts. A visitor also gets a glimpse of a room, where the homoeopathy medicines used by Bhai Vir Singh, are preserved. Not to be missed are old tub and kitchen gadgets, including a wooden juicer.

Though the ancestral house of Bhai Vir Singh in Katra Gaarbha Singh in the walled city has disappeared, this new house bought from a Christian priest of a missionary school in 1925, stands as a monument of the British time. He moved into this house in 1930. 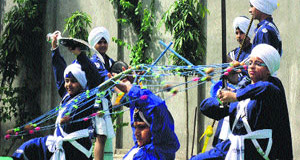 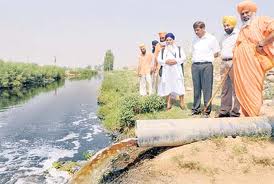 ‘Community not following the teachings of Sikh Gurus’