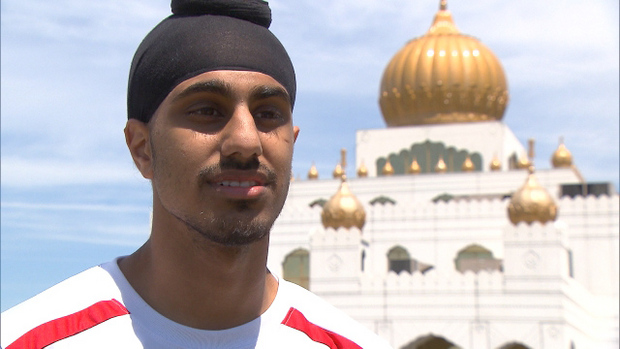 Toronto, Canada: The Canadian Soccer Association is backing Sikh soccer players in Quebec who want to wear turbans on the field.

The association has released a statement saying players should be allowed to wear turbans. The statement goes on to say that member associations from every other Canadian province and territory have safely allowed the wearing of turbans, and it expects the Quebec Soccer Federation to do the same.

Montreal soccer player Aneel Samra is happy with the support, and said he hopes the Quebec association will change its mind soon.

“It’s great that the Canadian Soccer Association came out and they’re in support of us along with a lot of other federal officials,” Samra said.

“There are encouraging signs that this will change soon enough. Hopefully this will make the [QSF] change its ruling.”

FIFA replies to complainant
The international soccer organization, FIFA, has not officially ruled on this case. Its rulebook doesn’t specify turbans are banned, but also does not expressly condone their use.

Raghav Sandhu, however, the president of the South Asian Alliance student group at Ryerson University in Toronto, said he got an answer from FIFA in response to his written complaint.

“FIFA lifted the ban of wearing hijabs or turbans, as well as the Canadian Soccer association did,” said the written reply to Sandu from the soccer organization’s communications department. “Therefore, as the Quebec Football Federation lies under the jurisdiction of the Canadian Soccer Association, please contact them directly in this regard.”

The Quebec Soccer Federation banned players from wearing turbans last year, saying it was applying FIFA’s Law 4, which dictates the equipment allowed on the field.