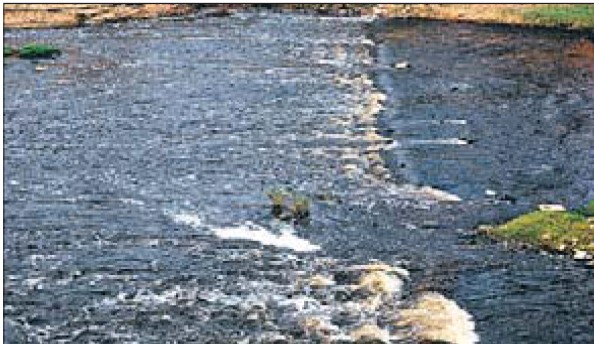 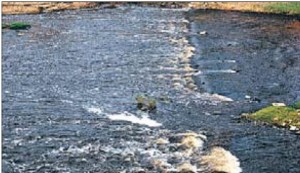 Mansa, Punjab: Sardulgarh residents’ lives have turned into a stinking hell with the Ghaggar river turning into a black muck, due to pollution for over a year now.

The main cause of the pollution in the river is said to be the effluents coming in from the distilleries and the soap factories in Haryana. Even as residents have approached the local authorities several times for the resolution of the issue, nothing has resulted and the smell remains.

Locals had formed a committee called Tej Memorial Foundation and plans to file a PIL in court against the pollution.

Mansa DC Amit Dhaka has also written to the Punjab Pollution Control Board (PPCB) to zero-in on the cause of the pollution in the river, following which a team of PPCB officials visited the site of the river.

The PPCB report apparently blamed the Sardulgarh municipal committee for discharging effluents, besides the pollution from Haryana.

Industries and soap factories in Ratia in Haryana have also been blamed for the Ghaggar’s pollution. The villagers have tried all they can to get the issue highlighted. Congress MLA from Sardulghar Ajit Inder Singh Mofar has also raised the issue in the assembly.

Before the 2012 assembly elections, chief minister Parkash Singh Badal had promised to resolve the issue, but the issue has been unresolved.

Polluted ground water is also an issue. As per reports of samples taken by District Agriculture department and Center Ground Water Board, more than 40% of groundwater is unfit for drinking and irrigation. The ground water contains high content of fluoride, arsenic, Residual Sodium Carbonate (RSC) and Electrical Conductivity (EC) .

2013-10-28
SSNews
Previous: Sikh Group to protest against Rahul Gandhi during his Punjab visit
Next: Missing 1885 painting of Faridkot Sikh ruler ends up in auction in UK