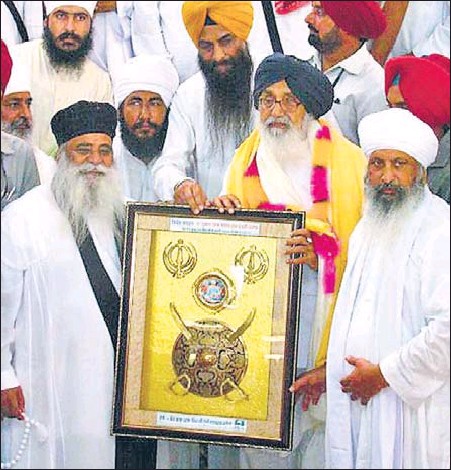 Ludhiana, Punjab: Terming socialism as an integral part of Sikhism, Punjab chief minister Parkash Singh Badal on Wednesday said that in line with the philosophy of great gurus, saints and seers, the state government was committed for the overall welfare of all sections of the society.

Addressing a religious congregation converged at the 70th death anniversary of Sant Baba Nand Singh Ji, the founder Nanaksar sect, on Wednesday, chief minister said that great Sikh gurus had always preached the path of communal harmony, brotherhood and peace adding that the four doors of Sri Harmandir Sahib personified that they were open for all religions.

He said that even the foundation stone of this sacred place of humanity was laid down by a Muslim saint Sain Mian Meer, which reflected that the Sikh gurus respected every religion.

Expressing deep concern over the degeneration of moral values in society, Badal said that only religion could show us the light in this hour of grave crisis.

He said that Baba Nand Singh had always propagated the message of universal love and brotherhood amongst the people due to which every year lakhs of devotees converge here to pay respect to this great spiritual leader.

Previous: Makkar for action against PGI doc
Next: Sikhs in south, northeast lack access to education