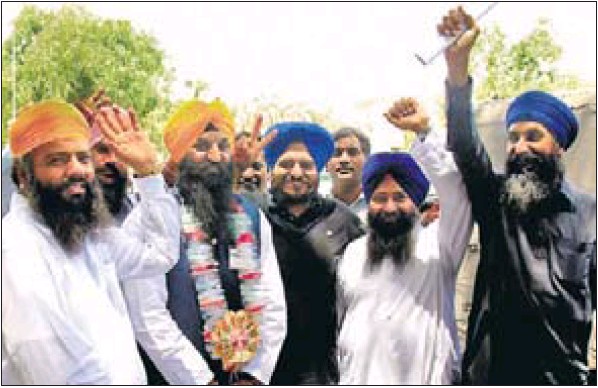 Amritsar, Punjab: Ramesh Singh Arora, first Sikh nominated by the Pakistan Muslim League (Nawaz), on Saturday took oath as member of the Punjab Provincial Assembly in Lahore. With this step, the PMLN, which is to form the next federal government, has shown its commitment to safeguarding minorities living in Pakistan.

Arora termed it an honour to be the PML-N’s representative in the provincial assembly, adding that now he would able to raise various minority-related issues.
Imran Khan’s Pakistan Tehreek-i-Insaf also nominated Swarn Singh, former president of the Pakistan Sikh Gurdwara Parbandhak Committee to Paktun Khwa assembly. The Sikh diaspora has welcomed this move, saying the appointment of Sikhs in assemblies in Pakistan would help solve contentious issues related to the community.