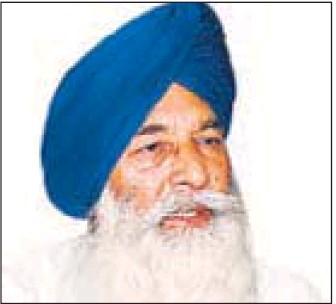 Comments Off on Another HSGPC leader plans political outfit 514 Views

Karnal, Haryana: In an apparent strategy to intesify the issue of formation of an independent Sikh gurdwara panel for Haryana, another prominent Sikh leader from the state has announced to float a political party.

Didar Singh Nalwi, president of the breakaway faction of the Haryana Sikh Gurdwara Parbandhak Committee (ad-hoc), has claimed that the front would take up the issues of “oppressed classes”, including Sikhs.

“I was silently garnering support for the new party for the last one-and-a-half year. The party would be a voice of Sikhs and the Backward Classes of Haryana whose interests have been ignored by the political class for decades,” Nalwi told HT on Tuesday. Terming the Congress leadership as ‘anti-Sikh’, he alleged that the minority community’s interests were ignored for vote bank politics.

“The Congress had included the formation of HSGPC in the election manifestos in 2005 and 2009 but it ended up as a move to garner Sikh votes. Now, we do not want anyone to play with our sentiments and take our own political routes for community’s issues,” said Nalwi.

Keeping the details, including the name of the political party, a secret Nalwi said further political strategy of the front would be announced officially at Kurukshetra on Wednesday.

In November, other faction of the HSGPC led by Jagdish Singh Jhinda had also hinted at forming a political party to implement Section 72 of the Punjab Reorganisation Act, 1966. The Act was passed by Parliament when Haryana and Himachal Pradesh were carved out of Punjab.