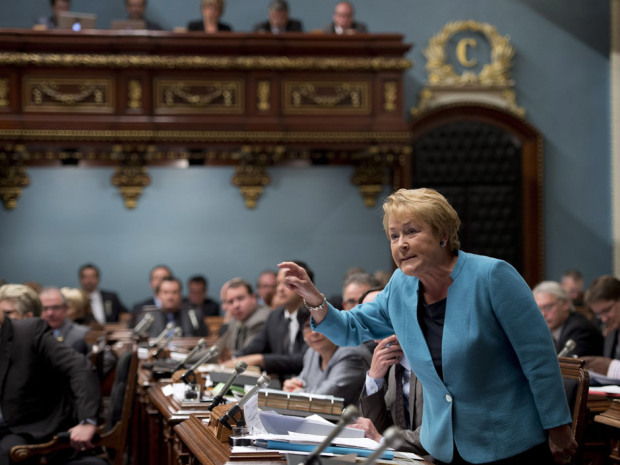 Comments Off on Andrew Coyne: Pettiness, hypocrisy and vacillation of Quebec soccer ban a microcosm of Canadian federalism 325 Views

I don’t know about you, but it seems to me that the one group that is least in danger of imposing its values on anyone else are the couple of hundred Sikh kids in the middle of all this, who would just like to get in a little soccer in the five minutes or so we have left before winter returns. Yet we are asked to take seriously the arguments of those who would prevent them from doing so, though they have resolutely refused to provide any serious arguments themselves.

Well all right. Let’s try. I presume this does not extend to the ludicrous “safety” argument put forward by the QSF. No evidence has been produced that the soft cloth of which the turbans are made poses any danger to anyone. No such injuries have been reported. Nor has any other soccer association anywhere adopted the same policy. So it is difficult to agree with those who suggest this is just another example of the subtle complexities of “reasonable accommodation.” It would be, if safety were an issue. But as it isn’t, it isn’t.

But perhaps the controversy the ban has aroused merely reflects differing notions of the place of religion in a secular state? Perhaps the rest of Canada is rooted in the traditions of English pluralism, which requires only that all religions be treated equally by the state, for example with regard to the wearing of religious symbols, while Quebec is in the more rigorous French tradition, in which all such outward signs of religion are banished from the public square? Perhaps we might then understand the QSF’s position, and the widespread support it has enjoyed in the province, not as the manifestation of intolerance it appears to be, and more as part of a broader secularist agenda that treats every faith with the same citizenly froideur.

That, too, would be an interesting argument, if we were to consider the issue in the abstract, ripped from all context: if we were to forget the large crucifix, for example, that hangs in the National Assembly; if we were to divorce the present dispute entirely from the larger question of the place of minorities in Quebec society, a question that goes far beyond the wearing of religious symbols.

I understand that for some people this may well be a genuine belief. An earnest young student asked, via Paul Wells’s blog at Maclean’s, whether it were not possible to just leave to one side all other considerations, “for an hour and a half,” and make the soccer field a place to take part, alike in our unadornment, in the pure joy of sport: naked, as it were, in the Garden of Eden? After all, he noted, baseball caps are not allowed, either.

However well meant, I can’t help feeling that implicit equation, of a sacred religious headdress with a baseball cap, could only be made by someone with no understanding whatever of the centrality of religion in the believer’s life, their culture, their very identity. To the parents of these children — and parents have at least as much right as anyone to impose their values on their own children — the ban on turbans amounts to putting up a sign saying: No Sikhs Allowed.

In any case, if there were such philosophical underpinnings to the QSF’s position, it would surely not be so ready to trade them away. Even as the federation refuses to accept direction from the CSA, whose policy is to allow turbans, it has said it would be guided by FIFA, which so far has not managed to take a stand. Problem: FIFA has said it will defer to the CSA until then. So if the QSF were to follow its own logic, it should defer also to the national body.

It is difficult to escape the impression that politics has taken over: The QSF will not accept turbans precisely because the CSA has said it must. The intervention of the political parties, each playing its part to perfection — the Parti Québécois aggressively asserting Quebec’s autonomy, the federal parties defending, with varying degrees of forthrightness, the rights of the Sikh minority, the Quebec Liberal Party seeing merit in both sides — confirms this impression. We have in this one issue a microcosm of Canadian federalism, in all its pettiness, hypocrisy, vacillation and gall.

Though some have accused the CSA of inflaming the situation, I cannot see how it could have ruled otherwise, faced with a provincial chapter that has, in effect, barred members of a religious minority from playing. The PQ’s protests, that this is an invasion of Quebec’s autonomy, have things characteristically back to front. The CSA has no powers to compel the QSF’s co-operation; all it can do is suspend it. If it is not allowed to do even that, then it is the QSF that is imposing its values on the national organization, not the reverse.

The Prime Minister’s Office protests that it is not the subject of an RCMP investigation, contrary to what I wrote in my last column. Just so: the force is investigating the actions of the Prime Minister’s former chief of staff while he was working in the PMO, before his resignation three weeks ago.