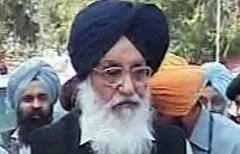 Akalis may make a pitch for West Delhi for Assembly polls

The win has created ripples in BJP, which is looking forward to make a dent in the Congress’ tally in the last Assembly elections.

The Akalis, riding high on the victory in the Punjab Assembly polls, had asked BJP for more seats in the municipal corporation elections held in 2012. Now with a thumping victory in the DSGMC polls, sources said the Akalis are planning to ask BJP for at least 10 Assembly seats.

“Akalis have already asked for the seat from where I have won. They forget that they did not have the infrastructure to win the gurdwara elections. We have helped them in whatever way we can, so, we have a share in their sweeping victory in the gurudwara elections. Now, the Akalis have started laying claim on Assembly seats,” a senior BJP leader said.

Sources said it would be West Delhi that Akalis would make a pitch for. “We have been giving them four seats Rajouri Garden, Janakpuri, Shahdara and Adarsh Nagar. But, Akalis say they should get more seats. They want the Tilak Nagar and Hari Nagar seats as well, which are BJP seats,” another senior BJP leader said. The Akali leaders already have a list of segments where the Sikh community dominates in terms of the number of votes. Senior Akali leaders are expected to put forth this demand to their coalition partner BJP soon.Commenting on the issue, Delhi BJP chief Vijender Gupta said the party leaders have not received any such demand from SAD as yet. “Ours is a natural alliance and we will take up the matter when the time comes,” he said.