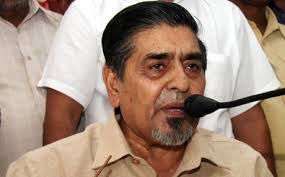 New Delhi:  Congress leader Jagdish Tytler today moved the Delhi High Court against the trial court’s order for reopening of investigation against him in a 29-year-old Sikh genocide case in which three persons were killed.

Tytler has challenged the trial court order setting aside the CBI’s closure report giving him clean chit in the case. The appeal is likely to be listed tomorrow for hearing.

“The trial court order is contrary to the scheme of code of the CrPC. The method and mode of investigation by a probe agency is the absolute prerogative of the agency and it is not for the court to direct the agency that which witness should be examined by it,” he said in the petition.

“The settled position of law is that a direction for investigation can be given only if an offence is prima facie found to have been committed or a person’s involvement is prime facie established but direction to investigate whether any person has committed an offence or not cannot be legally given,” he said and pleaded the HC to quash the trial court order.

Tytler has challenged the trial court’s order in which the CBI was also directed to examine eye-witnesses and people claiming to have information about the riots.

The trial court order had come on a plea by the riot victims against the CBI giving a clean chit to Tytler and filing a closure report. Senior advocate HS Phoolka, appearing for petitioner Lakhwinder Kaur, had submitted that there was material which the agency has ignored and evidence was also there before the trial court against Tytler. The CBI, however, had sought dismissal of the plea filed by the victim saying the probe has made it clear that Tytler was not present on November 1, 1984 at Gurudwara Pulbangash in North Delhi where three people were killed during riots in the aftermath of assassination of the then Prime Minister Indira Gandhi.

Tytler’s alleged role in the case related to killing of three persons  Badal Singh, Thakur Singh and Gurcharan Singh near the Gurudwara Pulbangash was re-investigated by the CBI after the magistrate court had in December 2007 refused to accept its closure report. The CBI again gave a clean chit to Tytler on April 2, 2009 claiming lack of evidence against him in the case. On April 27, 2010, the magistrate accepted CBI’s closure report in the case against Tytler, saying there was no evidence to put him on trial. The CBI had claimed that at the time of the incident, Tytler was at Teen Murti Bhawan, the residence of the then Prime Minister Indira Gandhi, and that it has already re-investigated the case on the order of trial court but there was no sufficient evidence against him.

Previous: Environmentalists frown over indiscreet burning of trees
Next: Educational, health institutes say no to tobacco