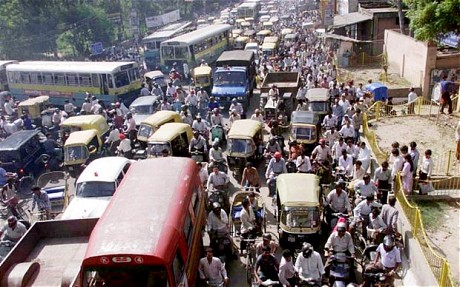 Driving in most cities in India is no less than negotiating a war zone. While the lack of proper infrastructure is one of the major causes for the chaos on our roads, our driving habits aren’t exactly refined either.

The problem though is that most Indian drivers consider themselves to be safe and that is where the gross overestimation of driving skills and underestimation of safety hazards springs from.

In a recent survey commissioned by Ford in India that took inputs from over 1,000 drivers — both male and female – in New Delhi, Mumbai, Bangalore, Chennai, Chandigarh and Ahmedabad, 94% of the demographic asserted themselves as safe drivers but more than 70% of them also admitted to having some kind of unsafe driving habits.

About 67% said they exceed the speed limit and talk on their mobile phones, while over 50% admitted to texting or accessing their emails or mobile apps.

This brings to light the need for better education of safe driving practices in the country which needs to be brought about on a grassroots level.

Indians are also open to adopting technology to make driving habits safer though as over 80% of those surveyed showed interest in voice-activated systems, parking sensors, collision prevention systems, seat belt reminders and automated driving vehicles in the future.

While educating drivers on safer driving habits is of the utmost importance, one cannot neglect the fact that having advanced technology in your car can help prevent accidents to a great extent as well.

In the fast lane

Talk on hand-held phone while driving 67%

Technologies that interest vehicle-owners in India

81% Interest in automated/self-driving vehicles in future

2013-10-26
SSNews
Previous: “Flying Sikh” Joginder Singh of Kenya is no more
Next: Nobody investing in Punjab as Badals are investing outside