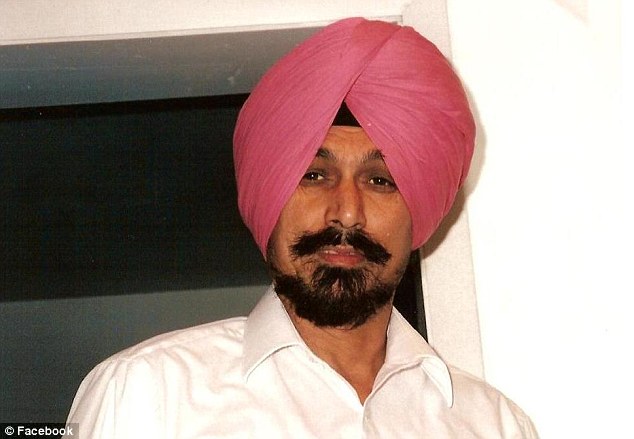 Wisconsin, US: One victim was confirmed as the temple’s president, 65-year-old Satwant Singh Kaleka who died as he tried to ‘knife and tackle’ the shooter. The other was Parkash Singh, a priest in his thirties, and a married father-of-two.

Satwant Kaleka died in the temple he helped build.

When a gunman opened fire at the Sikh Temple of Wisconsin in Oak Creek on Sunday, Kaleka tried to attack the shooter outside of the temple, his son said. Wounded in his lower extremities, Kaleka, 65, made it inside, hid with others in a room, and died there.

“It was like a second home to him,” Amardeep Kaleka said of his father’s love for the temple. “He was the kind of person who, if he got a call that a bulb was out at 2 a.m., he’d go over to change it.”

Lakhwinder Singh, a member of the community, said the president “brought everyone together. He just wanted to make a good temple, a good community.”

“He was a good guy, a noble soul,” said Manminder Sethi, a dentist who is a member of the temple.

Parkash Singh had been an assistant priest at the temple for six or seven years, said Gurcharan Grewal, president of the Sikh Religious Society of Wisconsin.

Parkash Singh went back to India in June to bring back his wife and two children – a young son and daughter, both under age 12 – to live here. About eight weeks ago, he returned to Oak Creek.

Gill was at home, preparing to go the temple when the shooting happened. Gill said he did not know how Parkash Singh met his wife but added that many marriages in India are arranged.

Reunited with his family, the quiet priest was about to move from the temple to a new apartment with his wife and children. A priest may only live in the temple alone, not with family, said Gill.

Parkash Singh worked daily in the temple, said Gill, who called him “a low-key guy, and very religious. He would always come to help. When we needed anything, he was always there.”

Gill also recalled that Parkash Singh expressed concern about his age. He was nearing 40.

“He had three brothers in India, and the brothers died before crossing 40,” said Gill. “He was kind of concerned.”

“He was a real nice, quiet person. A gentleman. Quiet. Peace-loving,” Grewal said.

For Suveg Singh Khattra, 84, the Sikh temple was a place for worship and fellowship.

A native of the Punjab region of India, Khattra moved to America in 2004 to live with his son.

“He loved to come to the temple and talk to people. He speaks only Punjab. He’s a nice father,” said Baljander Singh Khattra, a taxi driver.

The son drove the father to the temple most days but on Sundays the assignment fell to the older man’s daughter-in-law, Kulwant Kaur.

On Sunday, Kaur was helping other women prepare meals at the temple and hid in a pantry after gunshots rang out. When police later escorted her to safety, she said she saw her father-in-law.

“When they brought her out, she saw my father on the floor with blood coming from his head,” said Baljander Singh Khattra.

“I’m worried about him. The way she saw it, she believes he’s dead,” he added.

As he waited to learn his father’s fate, Baljander Singh Khattra’s thoughts turned to the shooter.

“I don’t know what that person thinks,” he said, adding, “The Sikh temple is open to anybody.”

Some who had gathered at the bowling alley said they believed one of the victims was woman in her late 30s and the mother of two sons. She was standing and praying in the temple when the gunman opened fire, they said.

One of her sons fainted at the bowling alley shortly before 10 p.m. as authorities were letting family members know the fate of their loved ones, said a man who declined to give his name,