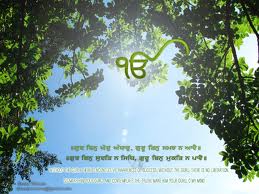 What Was and What Is

Comments Off on What Was and What Is 672 Views

India: The lives we live.  Before we know it is already too late to understand the meaning and purpose of life.  Too often the path engrosses us so that at a given time the past appears longer the future while we were busy living in the past, or  more accurately perhaps damning the past while dreaming of an unseen and uncertain future. The present that exists only in moments slips by unengaged.

But the past never leaves us, no matter how much we deny it.  In fact, it largely describes what we are and how we came to be that way.  Before we know it the future of dreams becomes the past that we rue.

Dya Singh, the deservedly celebrated exponent of gurbani sangeet recently explored the Sikh community in Malaysia where he spent his growing up years — the people, the institutions (gurduaras), neighbors – Sikh and non-Sikh. His was an inspiring journey and outlook.We, too, speak today of a different place and culture where there were few Sikhs, if any.

But were the Sikh more insular or les then?  Perhaps not!

In the Sikh community in North America then there were very few Sikhs, even though Sikh had a history and a presence in America since 1903 when they worked on the construction of the Panama Canal.  Recognizable Sikhs were even fewer and far between, so were gurduaras.  Amritdhari Sikhs were rarer than hen’s teeth.

And of course there were a few non-Sikh Punjabis and scattering of Indians who were neither Sikhs nor Punjabis.  They all came to the gurduara, if there was one around, even if it was a hundred miles away.

Of course, the gurduara was the Sikh place of worship but it was more than that; it was the community center for Indian immigrants from the old country.  It was a home away from home, even though the rules of a gurduara applied in the congregation.  Issues of voting rights and citizenship were discussed and so were purely political matters; that is how from these gatherings evolved movements like the Ghadar Party that had a pivotal role for expatriate Indians in the early struggle for an India independent of British colonialism.

The non-Sikh communities around us – many Indian Hindus, some Latino and White Christian neighbors – too attended gurduara functions.

Integrated communities evolved that were enriched by the contact with others who were unlike them.

Our community grew.  Now there are perhaps 20 gurduaras within commuting distance of most Sikhs in this country.
Now there are many recognizable (keshadhari) Sikhs around us.  Within the past decade there is even a rising number of amritdhari Sikhs.  The management committees of most gurduaras have changed to reflect these changing realities.

At one level we celebrate this evolution.  This means greater awareness of what we are and what vare the fundamentals of our faith.  With increased awareness is the ability to live the Sikh lifestyle without compromise.

But there is a price to this progress.

What is now dwindling is the interaction of with others – non-Sikhs of all kinds — whether of Indian origin or not.   Now they hardly step into a gurduara.

And now many gurduaras have started Sunday schools to impart the rudiments of Sikhism to children of Sikh families.  No one can object to that.  This is good.  This is how they will stay connected to their very rich and timeless heritage.

But with it come messages to push the very young towards an amritdhari life.

One could ask:  “So what’s the harm?  Isn’t this the idea of Sikhi?

Some issues we can posit:  It seems to lessen the enthusiasm of our non-amritdhari fellow travelers.  Does that not diminish the idea that Sikhi values the amritdhari life as the goal yet its institutions and message remain open to all who claim to be on the Sikh path without focusing on imperfections of individuals?

And forget not that the amritdhari life is a marker along the journey. No one starts the journey from the marker and many may never reach it.  Yet, no one is to be diminished.

And finally , like the uniform of a soldier or of a professional reflect a status of maturity, education and discipline.  The child is not expected to have those when he/she is just starting on the journey.  Should such pressure be withheld — it is not for the faint-hearted.

By such pressure are we pushing people out of the circle rather than drawing a larger circle to include them in when they are clamoring to get in?

Previous: Misguided Parchar of Sarbjit Singh Dhunda and his missionary fellows
Next: Stadium to be named after Sahibzadas 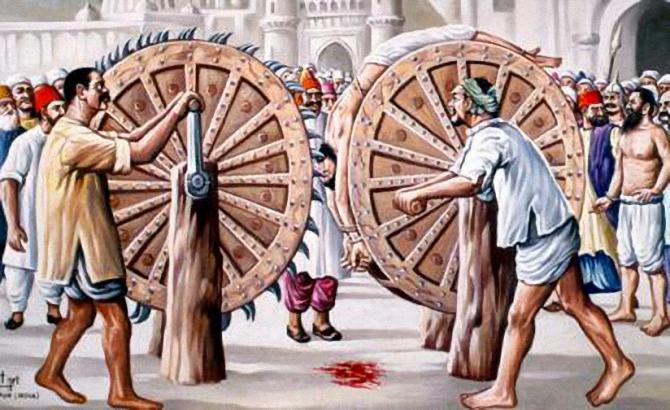