Canada: The name “Jonathan Kay” is little known in South Asia. But in Canada, Kay’s biased editorials against the Sikh community, are considered the most ignorant, and belligerent, articles against minorities in Canada’s modern history. Many Sikh activists call his technique a deliberate tool that is utilized to instigate hatred towards the minority Sikh community residing within Canada. Specifically, Kay has used a biased version of the lead-up and aftermath of Operation Bluestar as a focal point to portray the activist element of the Sikh diaspora community as “extreme” and thereby attempting to silence any discussion on a centuries old conflict that requires a diplomatic resolution. To this day, Operation Bluestar represents a systematic attack by the Indian state on the hearts, the minds and the collective ideology of the Sikh community.

In truth, Operation Bluestar was a physical and ideological battle between the Indian state and the Sikh nation. The invasion of the Darbar Sahib complex was planned and rehearsed by the Indian State since the political agitation was launched within Punjab in 1982. The agitation was calling for greater decision making power to individual states within the Indian union and featured scores of peaceful protestors courting arrest in defiance of discriminatory federal policy. Amidst the peaceful agitation, Sant Jarnail Singh Bhindranwale advocated self-defense in the face of severe tactics of repression, unlawful use of force and fake encounters staged by the police and state agencies.

With the exploding popularity of the agitation in Punjab, Indira Gandhi (Prime Minister of India) realized she was losing her dictatorial grip on power. Since Mrs. Gandhi could not resort to her unlawful suspension of the constitution and declare a state of emergency (as she had in 1975), she resorted to extreme measures to eliminate any degree of dissent. Her government master-minded a disinformation campaign to portray the Golden Temple as a ground for fostering separatism. This created a sense of legitimacy for the governments actions to the greater Indian population. This misinformation campaign’s focal point became the use of an “age old enemy,” Pakistan, and its fabricated relationship with the Sikh community. By aligning the minority Sikh community with an established adversary, it made the Sikhs a legitimate target of violence in the eyes of the Indian population…and so Gandhi sent in the army.The day chosen for Operation Bluestar was deliberate, as it was on a Sikh religious holiday commemorating the very founder of the Golden Temple, Guru Arjan Dev. The use of tens of thousands of troops along with chemical gas and tanks were employed to destroy the Akal Takht, Sikh Reference Library, and countless historical manuscripts and artifacts. Sikhs were shot at point blank range with their hands tied behind their back with their own turbans in a coordinated massacre. Bhindranwale and many other Sikhs defended the pilgrims and the sanctity of the complex and their sacrifice drew attention to the fact that the Sikh community opposed the institutionalized racism, economic exploitation, and cultural hegemony of the Indian State.

The aftermaths of Operation Bluestar, including Operation Woodrose and November 1984, were evidence of genocidal tactics that would be used throughout Punjab for the decades to come. Gandhi initially asked Lt. Gen S. K. Sinha to lead Operation Bluestar however, Sinha refused as he found this approach inappropriate in its extreme nature and advised that alternative solutions be adopted.

In an interview conducted by the Spokesman with Lt. General S.K. Sinha on the 16th of July 1984, General Sinha provided an in depth account of the events leading up to Operation Bluestar:

“The Army Action was not the ‘last resort’ as Prime Minister Indira Gandhi would have us believe…It had been in her mind for more than 18 months…Shortly after the Akali agitation of 1982, the Army began rehearsals of a commando raid near the Chakrata Cantonment in the Doon Valley, where a complete replica of the Golden Temple complex had been built…Another training involving Aviation Research Centre Commandos was given in the Sarsawa area and Yamuna bed in helicopters converted into gunships.”

This was further substantiated by a news article in the Toronto Star on July 22, 1984 which stated:

“Months of careful preparation at a life-size replica of the Golden Temple in Uttar Pradesh’s Chakrata Hills was based on a faulty map of the temple complex.”

Where Lt. General Sinha had the decency and humanity within him to refuse an unsubstantiated attack on his own people, Major General Kuldip Brar most definitely did not. Brar led Operation Bluestar in 1984 and was one of the main perpetrators of violence against innocent civilians and purposeful damage to the complex during this attack. General Brar retired from the Indian Army in 1992 and was rewarded handsomely by the Indian State for his role in leading Operation Bluestar. Through the use of wide-spread propaganda, many have been indoctrinated to believe that the very individual leading the attack was a Sikh himself, therefore justifying the genocidal intentions of the state behind him.

The events leading up to Operation Bluestar, the operation itself and the wide-spread genocidal tactics used by the Indian state to suppress any form of dissent from the Sikh community has left a deep imprint on the psyche of the Sikh nation as a whole. What we are witnessing today is the emergence of dialogue and discussion surrounding the gross human rights violations that are taking place against the minority Sikh community within the Indian state over the last 3 decades. The diaspora Sikh community, such as in Canada, has taken it upon itself to become a leading voice against the corrupt policies which seek to marginalize and further violate the rights of minority communities in India. Libertarian values which are granted and promoted within countries such as Canada, USA and the United Kingdom should be utilized to protect individual freedoms including the right to self-determination. Today’s generation of Sikhs are actively engaging in discourse and diplomatic solutions to the current political affairs and situation in Punjab.

Media outlets have consistently portrayed minority communities (such as the Sikhs) seeking self-determination as extremist and irrational, thereby de-legitimizing the community and its cause as a whole. These strategic tactics are used to portray marginalized communities in a negative light to the mainstream population. With the advancement of nuclear technology and bombs, the degradation of the environment at an alarming rate, increasing rate of state sanctioned violence perpetrated by governments more interested in economic policy than individual rights and freedoms…when will we as a society begin to question those in power who are continuously dictating to the masses as to what is extreme and what is justified?

Education and open dialogue provides a hopeful symbol of progressive politics that, one hopes, will eventually render hateful media propaganda a thing of the past. Jonathan Kay and other blatantly biased individuals – in Canada and everywhere else – should step back and evaluate the damage their hate speech has done to minority communities. In that respect, last week’s shameful article in the National Post, “Three decades after Operation Bluestar, deadly Sikh radicalism still stalks Western streets,” aimed at perpetuating hate, perhaps can serve as a wake-up call.

Previous: Coventry Sikhs to commemorate 28th anniversary of Sikh Genocide 1984
Next: US Sikhs to lobby Sikh Genocide petition before the United Nations 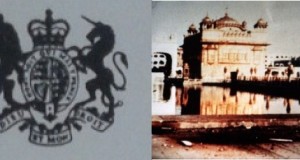 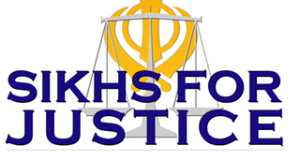 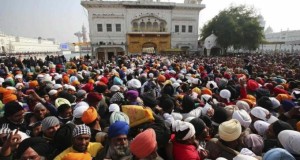