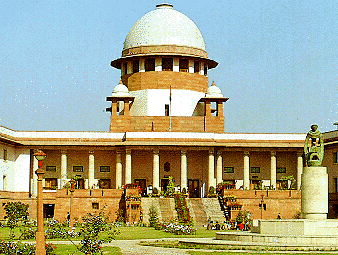 New Delhi,Chandigarh: It is learnt the Supreme Court of India has issued notice to the Center (Government of India) to file its response within 6 weeks on a petition raising plea for “separate and distinct” Sikh identity in “personal laws” viz laws relating to marriage and divorce, succession, adoption and maintenance and guardianship.

As per a news report published in an English daily newspaper publsihed from Chandigarh (The Tribune dated: October 26, 2012) “a three-member Bench headed by Chief Justice Altamas Kabir has asked the Law Ministry, Attorney General G. E. Vahanvati and the Minority Affairs Ministry to give their views on whether Sikhs, Jains and Buddhists could be included in laws meant exclusively for Hindus”.

According to petitioners Birendra Kaur and Rohit Garg, the Anand Marriage (Amendment) Act 2012, notified in June had “solved” only the problem of registration of marriages by Sikhs, Jains and Buddhists. Earlier, they had to register their marriages under the Hindu Marriage Act 1955.

For other matters relating to succession, adoption, divorce and maintenance, people professing these three faiths still had to resort to the Hindu Succession Act, 1956, the Hindu Adoptions and Maintenance Act, 1956 and the Hindu Minority and Guardianship Act 1956, they contended.

The petitioners questioned the wisdom of including Sikhs, Jains and Buddhists under the laws were meant only for the Hindus, if one were to go by the titles. “When all the four religions stand admittedly on an equal footing and are independent of each other, is it right for the legislature” to mention just one religion in the title, they wanted to know.

“Making a law applicable to all religions is one thing. Calling all religions by the name of a single religion for the purpose of law is quite another,” the petitioners have reportely said, contending that this amounted to discrimination and violation of fundamental rights given by the Constitution of India.

According to petitioners, the word “Hindu” in the titles of these laws should be replaced with either “national” or “Indian”.

Further, under the existing laws divorce was allowed on the ground of change of religion by a spouse. However, this was not possible if one of the partners in a Sikh marriage converted either to Hinduism, Jainism or Buddhism.

“This is true of married couples of all the four religions. Thus the word ‘Hindu’ is patently discriminatory. For example, if one of the Hindu partners converts to the Parsi religion, divorce is possible. If the partner converts to Buddhism, divorce is not possible,” the petition explained.

This problem, arising from “linguistic errors in legislative drafting,” was against the Constitution which had accorded equal status and independent identities to Hinduism, Sikhism, Buddhism and Jainism, the petitioners said.

The petitioners had reportedly approached the Punjab and Haryana High Court with their plea on September 30, 2011, but the court dismissed it three days later, prompting them to move the SC. The SC Bench, which included Justices S. S. Nijjar and J. Chelameswar, passed the order last week when the appeal came up for hearing 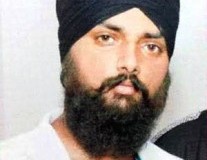