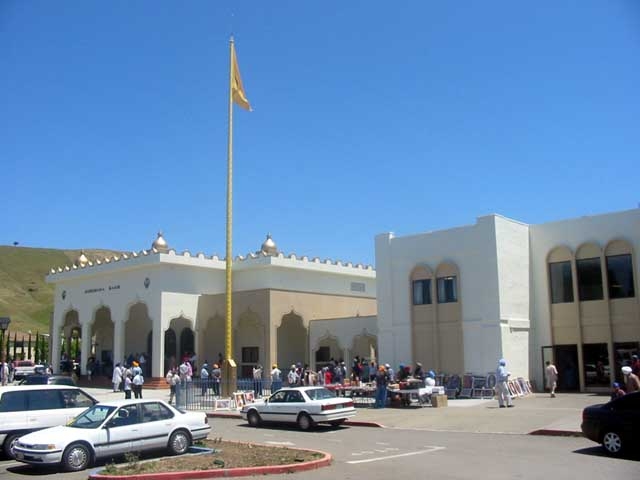 Some objects to facility-expansion plans for Fremont Sikh Gurdwara

Fremont,California:Sikh temple leaders are proposing to expand their Niles district facilities, although some neighbors oppose the plans because they are fed up with recurring traffic and parking problems during prayer services and holidays.

The proposal calls for the size of the Gurdwara Sahib Fremont — known as the Fremont Gurdwara — to grow from 28,074 square feet to 41,740, an increase of nearly 50 percent. The existing kitchen, dining hall and other buildings would be demolished and rebuilt. The project also would construct new facilities that house Sunday school classrooms, an administrative office and priests’ quarters. The parking lot — which has 335 spaces — will be redesigned but remain about the same size.

Kam Johal, an India-born woman who moved to Fremont in 1988, is one of several concerned neighbors. Johal said cars driven by worshipers on Sundays and special days clog the surrounding neighborhood, where motorists sometimes park illegally, blocking driveways and stop signs.

“I’m against it because an expansion means more people, more congestion and more traffic,” said Johal, who was raised a Sikh and occasionally worships at the temple. “The temple has grown too much and it needs to stay just as it is, or they need to consider building a temple in a new location.”

Another neighbor, Shyla Klinder, worries that frequent traffic might degrade the neighborhood and lower property values. She also said the gridlock during prayer services might prevent residents from leaving the area during a health emergency. “It once took me 20 minutes to travel 20 feet,” said Klinder, a neighbor since 1997. “That’s not something you should have to deal with when leaving your own home.”

Amritpal Sra, the gurdwara’s project manager, said temple officials have no plans to move and already have done much to address neighborhood complaints. They have spent $50,000 to help create a bus stop along Mission Boulevard so vehicles would not have to enter the neighborhood, removed electrical equipment to reduce outdoor noise and repaired a fence that neighbors said was an eyesore.

Before big events, temple leaders visit neighbors and provide them with a police phone number to call if parking violators must be towed, and they clean up trash after Sunday services. Sra said the new proposal aims to improve traffic flow by moving the grounds’ parking entrance further east along Gurdwara Road.

The temple has about 3,400 members and draws as many as 8,000 worshipers on special days, Sra said. Its leaders have begun working with Fremont police to have “special-event planning” on those days, he added.

The Fremont Gurdwara is one of several Sikh temples throughout the Bay Area. The largest is in San Jose, and others are located in Milpitas, Hayward, Pittsburg and El Sobrante.

Fremont city staff members will meet next week to discuss whether to recommend that the Planning Commission approve the facilities’ expansion at its Jan. 24 meeting, Fremont associate planner Steve Kowalski said. At this point they are undecided, he said.

Until then, neighbors such as Klinder say they worry that the current problems might worsen.

“I’ve been here for 15 years, and the traffic and parking have only increased,” she said.

Previous: Sikh community offer prayer for victims of US school shootout
Next: Sikhs, others gather to mourn those lost in Connecticut massacre 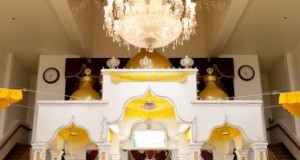 Fremont Gurdwara Gears Up for Elections