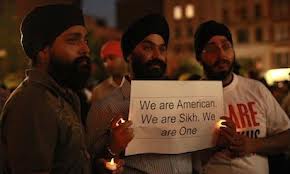 Waukesha,Wisconsin: The local Sikh religious community will sponsor a vigil and community dinner to honor the victims of Friday’s mass shooting at Sandy Hook Elementary School in Connecticut at 7 p.m. Saturday at the Sikh Religious Society of Wisconsin, 3765 N. Calhoun Road, Brookfield.

“Our deepest condolences are with those families of the deceased and injured,” said Harpreet Kapur, who helped organize the event.

It is being co-sponsored by the members of the Sikh Temple of Oak Creek, where white supremacist gunman Wade Michael Page killed six people before being shot by police and killing himself in August.

“The whole idea is to have a two-minute silence and some prayers to give some support to the families that have lost kids and family members,” Kapur said.

Gunman Adam Lanza killed 26 people, 20 of them children, before committing suicide at the Connecticut school on Friday. Lanza also killed his mother at their home before he went to the school and opened fire, police said.

2012-12-15
Guest Writer
Previous: Another tragedy, another debate over guns
Next: Sikh community offer prayer for victims of US school shootout