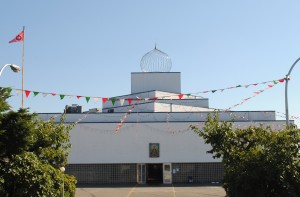 South Vancouver,Canada: – Sikh Youth Vancouver (SYV), through a press release, informed the public that they are not involved with the current election at the Guru Nanak Gurdwara in Delta-Surrey.

It was expected that there would be SYV involvement in Surrey after their Vancouver campaign was jeopardized. However, it is not so. SYV has not and will not be involved in this election.

“We worked hard on the Vancouver campaign for two years. The causes, results and outcome of outside interference is very well known. Two years of hard work was destroyed within a matter of weeks. This type of opportunistic politics should never take place again. SYV believes that our community needs to work together. If our Gurdwara committees worked to address the desires of the Sangat then there would be no need for elections. The committees are there to serve but not use their tenure for personal gains. No decision should be made that contradicts the wishes of the congregation. If we all work together with a fair foundation there is so much more that can be accomplished instead of wasting our energy, time and money on elections,” they said in a press release.

“SYV is willing to work with everyone for the community’s concerns. Actions that are not in the best interested of our community will be brought to light regardless of political affiliation. SYV still condemn the Komagata Maru sellout payment which they call “blood money” and as per the community’s desires advocate for an apology that must be made in Parliament. We have waited a hundred years and we will not stop until the wrong is done right.

“With regards to Gurdwara elections, it is in everyone’s best interest that people who do not live in the neighborhood, do not follow the Sikh faith and do not attend services should refrain from its politics. Let those that attend service and volunteer their time make the decisions. Let them decide on their own future. SYV was and is committed to the betterment of the Ross Gurdwara and the local community issues. We will not manipulate the outcome in Surrey. Therefore, there will be no SYV involvement in Surrey. It’s time for our community to work together for the common constructive goal.

“We wish all parties and candidates the best of luck and pray that whoever wins the Surrey election will work in the best interest of the community and the Gurdwara. We encourage the Sangat in Delta and Surrey to scrutinize all candidates, analyze their manifestos and make the best decision. Vote for the best program and the best candidates.”

Previous: Look, no bearskin! Sikh Guardsman allowed to wear turban at the Palace
Next: US lawmakers urge Hillary Clinton to continue denying visa to Narendra Modi