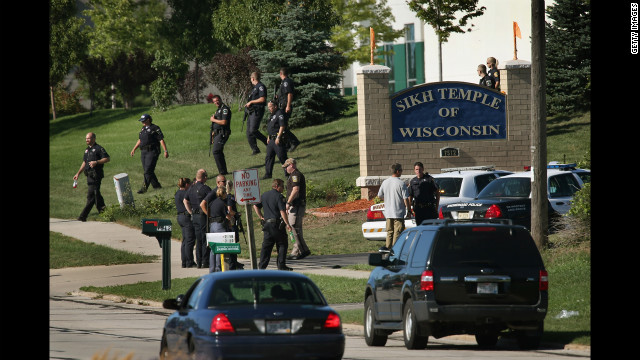 Amritsar,Punjab: United Sikhs has asked the FBI to label Wisconcin Gurdwara tragedy as an act of hate and take constructive action to prevent future similar acts. Staff Attorney, International Civil and Human Rights Advocacy, United Sikhs, Manmeet Singh informed TOI on Thursday that “Unless this fact is acknowledged, measures cannot be taken to address it”.He informed that Teresa Carlson, special agent in charge of the FBI’s Milwaukee office, announced on November 20th that the agency had finished its probe into the Oak Creek, Wisconsin shooting on August 5, 2012, that killed six Sikh worshipers and injured four individuals.

He informed that the FBI concluded that the shooter, Wade Michael Page, acted alone. They found no evidence that he had help or was carrying out any orders from any white supremacist group. He said that Teresa also stated that nothing in this attack suggests any ongoing threat to the Sikh community. He said that the events that transpired on August 5th in Oak Creek, Wisconsin serve as a stark reminder that despite having coexisted in America for more than 100 years, the Sikh identity was not accepted. “And it is this fact that should concern everyone” he said.

“The shooting that occurred in Wisconsin shows us that we have allowed individuals such as Wade Michael Page, a “frustrated neo-naz i” who led a white supremacist music group, to steer the direction of America. He used his privilege as a white supremacist member of society to show America that diversity must be counteracted with violence, hate, and ethnic cleansing” he said adding that this was not the message that they wanted to send to the world, or to our children. He went on to add that no one was oblivious of the fact that the massacre was fueled by hate.

“We want FBI to acknowledge this fact, akin to the statement issued by Attorney general Eric Holder on August 10th where he called the attack a “hate crime”.