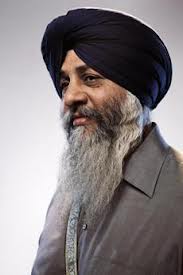 Wisconsin,USA:Following the Wisconsin shootings, this Hopkinton man organized a service that enlightened a region.The Wisconsin Sikh shooting rocked the Boston-area Sikh community, which has gurdwaras in Milford, Millis, Everett, and Medford. But it presented an opportunity to educate people about the monotheistic faith, which has about 20 million members worldwide, mostly in India, and emphasizes egalitarianism, sharing, and service. Moved by expressions of compassion from members of other faiths, Sarbpreet Singh, a longtime leader in the Milford gurdwara,worked with Christian, Jewish, and Muslim leaders to organize a late-August service rooted in Sikh tradition, along with a customary communal Sikh meal, at Trinity Church in Copley Square.