Amritsar,Punjab: If the SGPC finds anything against the tenets of Sikh religion in British author JK Rowling’s book The Casual Vacancy, it will take up the matter with the Centre, the religious body said on Tuesday.

“…If anything is found objectionable as per Sikh tenets in such circumstances, Prime Minister Manmohan Singh would be urged to take up the matter with the UK Government to initiate action against the author,” Shiromani Gurdwara Prabhandak Committee (SGPC) President Avtar Singh Makkar told reporters  in Amritsar on Tuesday.

Ms Rowling’s latest book has a Sikh family at the heart of a fictional village in south-west England named Pagford.Asked about the reported objections by members of Sikh community against certain remarks in the book, Mr Makkar said, “so far I have not gone through the book due to its non-availability in Punjab.” 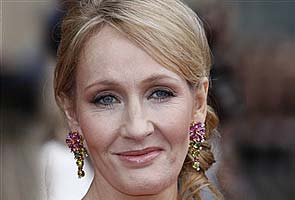 He said that according to the information received about the author so far, “she is said to be a humble person who has great respect for the Sikh religion.

“So in such circumstances, I wouldn’t say anything in a hurry against the author unless scrutiny board of SGPC goes through the book,” the SGPC chief added.

Previous: Sikh woman, three children found murdered in Belgium
Next: ‘Roll of Honour’ is a Sikh boy’s poignant tale of the militancy years