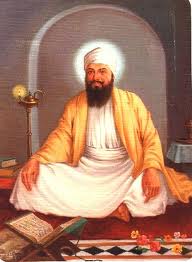 Amritsar, Punjab: Devout Sikhs participated in a ‘Nagar Kirtan’ procession and sang hymns here on the occasion of the 337th shaheedi anniversary of the ninth Sikh Guru Tegh Bahadur ji.

A large number of Sikh devotees gathered at the Golden Temple in Amritsar to celebrate the festival with great aplomb and fervour.

“The ninth Guru of Sikhs, Sri Guru Tegh Bahadur ji sacrificed his jeevan at Delhi to save Hindu race and religion from Mughals. On his remembrance, Nagar Kirtan (ceremonial procession) has been carried out. The procession starts from the Golden Temple and then travels around the city. All the Sikhs and other devotees participate in the procession. Whenever such an event takes place then all the devotees come over in large numbers and take part in it,” said a Sikh devotee Manmohan Singh.

Sri Guru Tegh Bahadur ji, was one of the most prominent leaders in Sikh history. He is famous to have made long journeys to places such as Kashmir and Assam in the country to preach the tenets of the first Sikh Guru, Nanak Sahib.

He was executed in the city of Delhi on the orders of Mughal Emperor Aurangzeb after he refused to embrace Islam.

His son. tenth Guru Sahib, Sri Guru Gobind Singh, transformed the community into a martial race to counter the might of the Mughals. Sikhs have been celebrating this annual event for generations. Earthen lamps are lit outside gurdwaras and sweets distributed among all. Golden Temple, also known as Harminder Sahib, the most important Sikh shrine in the world was illuminated for few days on this occasion.