Comments Off on Sikh Americans raise 250,000 for needy students in Punjab 448 Views

Washington,USA:From Lalit K Jha Washington, Oct 13 (PTI) A US-based Sikh body has raised over USD 250,000 to fund scholarships for bright but poor students striving to acquire higher professional education in Punjab and neighbouring states. The Sikh Human Development Foundation (SHDF) raised the amount after it held a fund raising gala in the Greater Washington Area. In the 12 years, when SHDF started this project, it has awarded 2,400 scholarships to needy students. “Nearly 800 of them have graduated. Most of them are working professionals in some 31 disciplines. Often, their starting salaries are up to ten times more than what their parents are making,” the foundation chairman and retired IAS officer, Amarjit Singh Sodhi, said in his address to the donors. In USA, mobilisation of funds is achieved primarily through community support by appeals at local Gurdwaras as well as by word of mouth besides through donations from other sources. “We as contributors to SHDF can extend a strong helping hand that not only pulls that individual out of poverty but potentially a couple of generations before and certainly those that follow. “Unfortunately educating female members is often the last priority in a financially marginalised family,” Chief guest of the fund raising event and philanthropist Dr Harshivinderjit Singh Bains, an ophthalmologist from Austin in Texas said in his remarks. According to Dr Rajwant Singh, SHDF outreach director, this is the largest donation ever collected by the diaspora in the name of financially struggling students in Punjab. Before the programme began, guests observed a moment of silence in remembrance of the victims and those affected by the recent shooting in a Wisconsin Gurdwara. PTI LKJ SAP 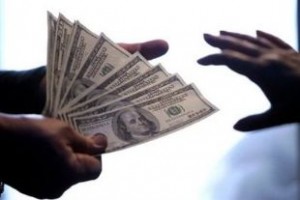 Tagged with: 000 for needy students in Punjab Sikh Americans raise 250