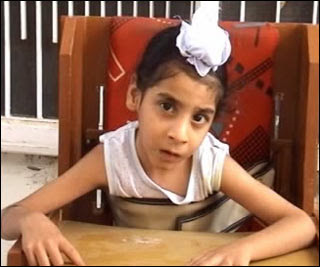 Punjab : the birth of the uranium anomaly

In June 2010, studies carried out amongst mentally retarded children in the Malwa region of Punjab, revealed 87% of children below 12 years and 82% beyond that age having uranium levels high enough to cause diseases, also uranium levels in samples of three kids from Kotkapura and Faridkot were 62, 44 and 27 times higher than normal. Subsequently, the Baba Farid Centre for Special Children, Faridkot, sent samples of five children from the worst-affected village, Teja Rohela, near Fazilka, which has over 100 children which are congenitally mentally and physically challenged, to the same lab.

“A normal kid would be active. He would start sitting up by six months of age and start reacting. My child did no such thing. After one year, he could neither sit nor stand. So, we sought treatment for him at the centre,” said Satvinder Kaur, mother of Dashamvee.

There are many children at the centre with similar symptoms – most of them are from a small town in India’s northern state of Punjab.

A study was conducted to find out the cause of the growing number of cerebral palsy and epilepsy among children in the district.

It found that nearly 87 per cent of the children at the institute have high levels of uranium – 60 times higher than the acceptable limit.

Their bodies are also filled with a cocktail of toxins such as arsenic, lead, aluminum and mercury.

DR Amar Singh Azad, a neurologist said: “Some scientists have predicted that by 2025, mental retardation rate will go up by 33 per cent. We did a survey in a nearby village, where actually we found this to be true.

So what is common in all these regions of punjab? : Coal Powered Energy Plants

“Punjab has been divided into three zones for the study. Bathinda and Ropar with thermal power plants had been made separate zones to study the impact of fly ash emanating from coal brought in from Bihar and Jharkhand where uranium mines existed. The third zone would consist of Amritsar and Jalandhar. Preliminary reports point out high uranium in ground water in 22 villages.”
-BS Bajwa, Professor of physics in GNDU

An Observer investigation has now uncovered disturbing evidence to suggest a link between the contamination and the region’s coal-fired power stations. It is already known that the fine fly ash produced when coal is burned contains concentrated levels of uranium and a new report published by Russia’s leading nuclear research institution warns of an increased radiation hazard to people living near coal-fired thermal power stations.

The test results for children born and living in areas around the state’s power stations show high levels of uranium in their bodies. Tests on ground water show that levels of uranium around the plants are up to 15 times the World Health Organisation’s maximum safe limits. Tests also show that it extends across large parts of the state, which is home to 24 million people.

The findings have implications not only for the rest of India – Punjab produces two-thirds of the wheat in the country’s central reserves and 40% of its rice.

2012-07-13
SSNews
Previous: Level of uranium in Punjab ground water is 50 percent over the WHO norms
Next: Sikh Code of Conduct and interfaith marriage issue in Swindon, UK – What is the reality?