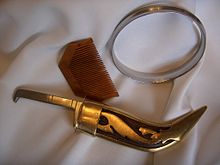 Sydney, Australia: The Sikh community in Australia has demanded that religious kirpan be allowed in schools after the government made an amendment in the Constitution preventing the ceremonial knife being worn in schools.

According to the Weapons Act 1990, “A Sikh may possess, in a public place, a knife known as a Kirpan to comply with the person’s religious faith.”

The amendment now states: “It is not a reasonable excuse to physically possess a knife in a school for genuine religious purposes.”
The Sikh Council of Australia and Queensland Anti-Discrimination Commissioner have said that the amendment was discriminatory to ordained Sikhs required to wear the Kirpan, reports News.com.au

The Kirpan is a sheathed ceremonial sword or knife, generally with a dull blade. Knives in schools have been an issue in Queensland since the stabbing death of a 12-year-old schoolboy in 2010.

Former premier Anna Bligh’s office had told the Sikh Council of Australia this year in writing that even though there is minimal risk that a Sikh might use their Kirpan to commit an offence in Queensland, the rationale for keeping all schools completely knife-free is strong.

Department of Education, Training and Employment assistant director-general Marg Pethiyagoda said the wearing of a Kirpan at school would be considered case-by-case.

When a state school principal becomes aware that a Kirpan carried by a student or staff member on school premises has a sharp edge or is pointed or is being used to threaten or harm, according to Pethiyagoda, the Kirpan may be retained by the principal and the matter referred to the police.