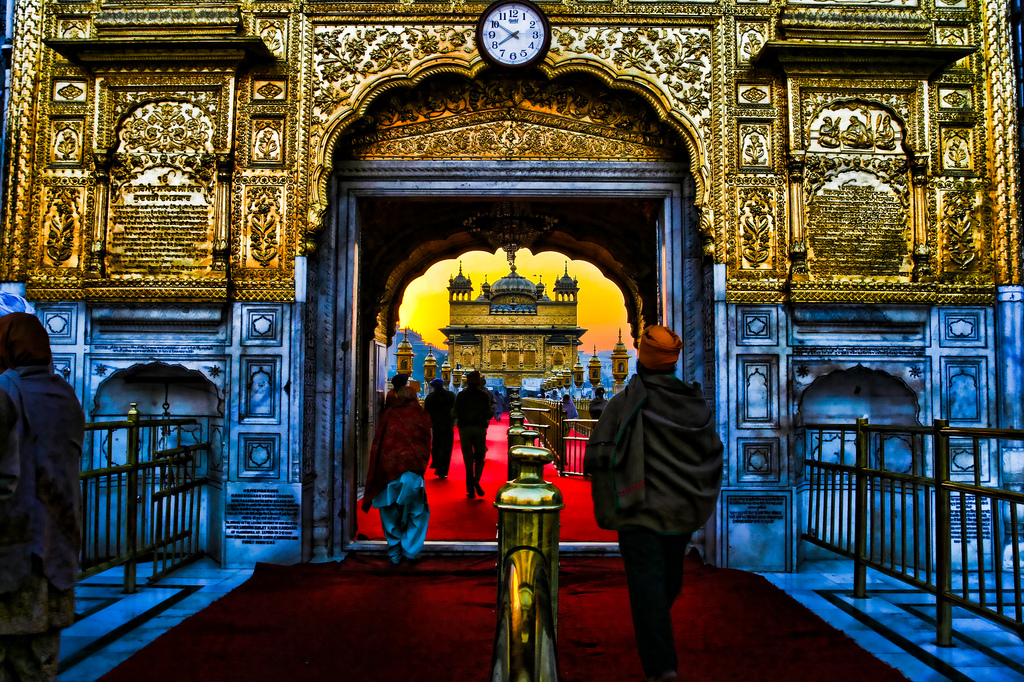 No darshan of Darbar Sahib from Darshan Deori?

Comments Off on No darshan of Darbar Sahib from Darshan Deori? 725 Views

Amritsar, Punjab: The work on covering of the causeway from Darshani Deori to sanctum sanctorum of the Golden Temple with fiber sheets is almost complete but the controversy it has triggered is still raging.

The conservators believe the covering up of the causeway would disturb the visual integrity of Sikhs’ holiest shrine but SGPC officials, who manage the temple, do not agree.

SGPC secretary Dalmegh Singh said they had begun the work of covering the causeway with thin fiber sheets for convenience of devotees, who sometimes have to wait for nearly half-an-hour or more under scorching sun to reach the sanctum sanctorum for paying obeisance.

Earlier, the causeway was covered with a cloth but now a permanent golden colored structure was being erected to support the fabric sheets.

Objecting to the fiber sheets, conservationist and head Guru Ram Das School of Planning of Guru Nanak Dev University (GNDU) Balwinder Singh said, “The very purpose of Darshani Deori will be diluted if the devotees would have an obstructed darshan of sanctum sanctorum while entering from it”.

May be temporary, but the actual character of the shrine should not be allowed to alter, he said adding that even during the times of Maharaja Ranjit Singh the causeway was covered only with a cloth in summers and no permanent structure was erected.

He said earlier also the SGPC had replaced the original marble of parkirama with white marble. “The motifs and designs on marble depicted the great Sikh architecture which is now seen only in a little portion in front of the sanctum sanctorum,” he said.

GNDU’s Guru Nanak studies department professor Balwant Singh Dhillon opined that the SGPC should have considered covering the structure with a better cloth rather than fabric. “The material should harmonize with the structure, heritage and environment of the holy place,” he said.

Dalmegh said that rain water often seeped through the cloth and caused short-circuit as there were fans, tubes and bulbs in the causeway. “The fiber structure is folding and can easily be removed,” he said. The SGPC secretary informed that the work of covering the causeway would be completed by Baisakhi.

Previous: What’s up with the anti-Sikh bigotry, Time Magazine?
Next: Bhagat Puran Singh’s letter to the Indian Govt Renouncing the Honour of Padam Shree 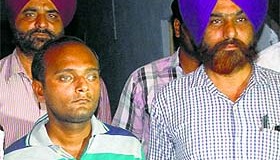 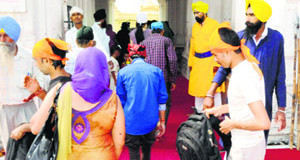