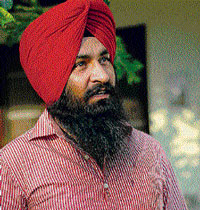 Amritsar, Punjab: Twenty years after the assassination of Indira Gandhi by Sardar Beant Singh and Satwant Singh, Punjab, on January 30 will witness Sarabjit Singh, the son of Sardar Beant Singh, contesting the Assembly polls 2012, as an independent candidate.

S. Beant Singh’s son Sarabjit says he’s in poll fray for he wants to serve the people and see that the Congress lose. The ruling Akali Dal-BJP combine kept him at a distance when it came to allotting party ticket. But, that didn’t deter Sarabjit from pursuing his poloitical ambition. In the previous elections, he was the candidate of the SAD (Amritsar) which fielded him from Bhadaur. He lost. The election, this time, is even tougher for Sarabjit as he faces stiff competition not just from the Congress but also from Nirmal Singh, a retired judge of the Punjab and Haryana High Court.

Although Sarabjit does not denounce the circumstances and context in which his father chose to kill Indira, yet, he “detests any form of violence”. Sarabjit believes his father, a Delhi police sub-inspector, killed Mrs Gandhi to avenge the Army action on the Golden Temple in June 1984.

2012-01-12
SSNews
Previous: Sikh wins turban case against France in UN
Next: Sikh Teenager tortured and killed while under the custody of Punjab Police