Washington:A Sikh temple and school that was under construction in Vancouver in Washington state has been burned to the ground in an early morning fire, according to a media report.

The fire sparked just before 2.30 a.m. Friday at the 17,000 square-foot former Landover Athletic Club in the east Vancouver Landover-Sharmel neighbourhood, The Columbian reported.

The Guru Ramdass Sikh Community, the largest Sikh group in the Portland metro area with about 200 member families, bought the building in 2008 and planned to move from its small Rose Village gurdwara to the new building in December.

“It was devastating,” group president Sarabjeet Teja was quoted as saying of the fire. “We’ve been working on this the last four years.”

The building is a total loss, said Vancouver Fire Dept. spokesman Capt. Kevin Murray. According to county property records, it was valued at $213,000.

The fire was reported by neighbours at 2.25 a.m. When the first engine arrived seven minutes later, the entire building was engulfed in flames, Murray said.

Two men, believed to be construction contractors, were staying in the building. They were awakened by the fire and escaped without injury, Murray said.

The FBI and US Bureau of Alcohol, Tobacco and Firearms were on the scene Friday morning and will investigate the fire along with the city fire marshal.

“We want to think that it is an accident – a really bad accident,” Pawneet Sethi, a spokesperson for the Sikh temple was quoted as saying. “But if it turns out to be anything else, it’s going to be a shock.”

There were people in the neighbourhood who opposed the temple. They were worried about traffic and a lack of fire hydrants, according to The Columbian 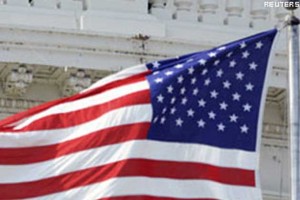