Ludhiana,punjab: According to information Coventry Sikhs will the 28th anniversary of Sikh Genocide 1984, which saw thousands of Sikhs were massacred in India.

Coventry Telegraph has reported that “[o]n November 3 members of the Sikh community will take part in a procession through the city centre before planting a memorial tree”.

According to news reports the procession will leave from the Guru Nanak Parkash Gurdwara in Harnall Lane West, Foleshill at 9.30 am and the procession shall walk through Millennium Place and Broadgate and stop at Speakers Corner in Earl Street at 10 am where speakers will address the crowd and hold a minute’s silence. The procession will then continue through High Street and Hertford Place to a spot in Warwick Road where a tree will be planted.

It is notable that Sikhs were brutally massacred throughout India in first week of November 1984 after the death of then Indian PM Indira Gandhi.

It is further notable that a fact-finding team jointly organised by one People’s Union for Democratic Rights (PUDR) and people’s Union for Civil Liberties (PUCL) in the course of investigations from November 1 to November 10, has come to the conclusion that the attacks on members of the Sikh Community in Delhi and its suburbs during the period, far from being a spontaneous expression of “madness” and of popular “grief and anger” at Mrs. Gandhi’s assassination as made out to be by the authorities, were the outcome of a well organised plan marked by acts of both deliberate commissions and omissions by important politicians of the Congress (I) at the top and by authorities in the administration 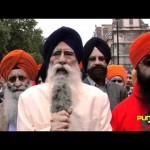 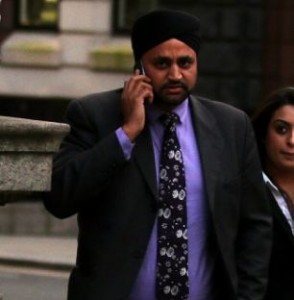