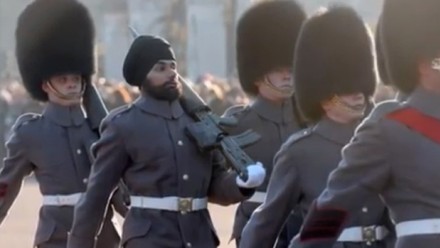 Census reveals multicultural country: but are we tolerant

Comments Off on Census reveals multicultural country: but are we tolerant 176 Views

London,UK: The Striking image of the first Sikh to guard Buckingham Palace was used by more than one newspaper this morning to illustrate England’s increasingly multi-racial society in the wake of the 2012 Census findings.

The headlines have focused on the discovery by the once-in-a-decade census that 13 per cent of people resident in England and Wales were born abroad, and the fact that less than 90 per cent of the country is white for the first time ever.

The question raised is how the country is coping with this increasingly plural society.

Jonathan Freedland in The Guardian claims the success of the Olympics, with high-profile mixed-race champions such as Jessica Ennis, proves Britons have accepted and absorbed people of all races and colours as their own.

“Perhaps we will remember 2012 as the year we learned who we are,” he writes. “The London Olympics did it first, offering us a glimpse of a different nation from the one lodged so long in the collective imagination: not washed-up and living on past triumphs, but confident, capable and, above all, gloriously plural.”

Even the Daily Mail agrees that having a multi-ethnic society can be a positive thing. Douglas Murray, former head of the Centre For Social Cohesion, says it “brings huge benefits to the life of a country – if conducted in a controlled manner.”

But Murray claims that “our unified national way of life” is under threat. He concludes: “Immigration on the scale revealed in the new census is a recipe not for integration, but fracture.”

In the tabloids, Anila Baig writing for The Sun, also pointed to the Olympics as proof that England’s multi-culturalism is working. “This country isn’t perfect and neither are its citizens — old or new,” she concludes. “But when it comes to race relations, Britain is a winner.”

In an editorial, the Star notes that there is a ‘healthy’ amount of integration, but sounds a warning note. “It’s easy to see how resentment against immigrants builds up. Stricter controls on immigration would not be racist.”

The 2012 Census also showed a dramatic decline in Christianity, a theme that was seized upon by Damian Thompson at The Daily Telegraph. Just 59 per cent of UK citizens now describe themselves as Christian and a quarter say they have no religion. Thompson noted: “It cannot be said too often: the default position of people born since 1980 is agnosticism or atheism.”

The Times gave the example of the General Synod’s recent rejection of women bishops as a reason why numbers of Christians are plummeting. An editorial claimed: “It has not eased division or won time: it has merely sparked derision within secular society.” ·

2012-12-13
Guest Writer
Previous: Coventry Sikhs take protest over alleged human rights abuse in India to 10 Downing Street
Next: Where would the British Army be without the Sikhs?