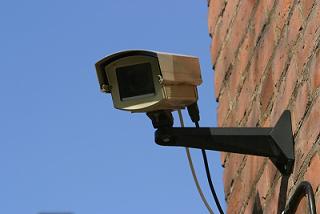 Amritsar, Punjab: On February 24, a Sikh devotee from Attepur village in Gurdaspur district went to take a bath in Golden Temple Sarovar near Dukh Bhanjani Beri. As he entered the Sarovar, a man decamped with his trousers containing his wallet and cellphone. The thief — oblivious of the fact that a team was watching him doing the act on a LCD screen that broadcasts the Close Circuit Television (CCTV) camera footage live — is caught in no time.

A Canada-based NRI complained to the Golden Temple authorities that her purse, which contained her and her colleagues’ passports, has been stolen. What worried the victims most was that they were scheduled to board a flight back to Canada in the evening. The CCTV surveillance team rewinds the recording of the video footage of the suspected place and after identifying the thieves, nabs them near the SGPC information centre. The purse was recovered from a dustbin. The NRIs managed to catch the flight back home.

With nearly one lakh devotees paying obeisance every day at the Golden Temple — the number rises to a lakh-and-a-half on weekends and festivals — the Sikh shrine is a favourite hunting ground for thieves.

But an initiative is fast heading towards earning the distinction of a “game-changer” in tackling such thefts at the holy shrine. The CCTV cameras installed at the temple are turning out to be a nemesis of kind for the thieves. Since June, 2011 — when the cameras became functional — 140 thieves have been caught in the act with the help of CCTV footage. If one goes by record, almost every alternate day, a thief is caught at the temple.

As many as 130 CCTV cameras have been installed at what officials call “strategic places” to keep an eye on thieves and unscrupulous elements inside the temple. “Ever since the installation of the cameras, there has been a positive change. We have successfully thwarted theft attempts, cracked cases and handed over the thieves to the police,” Golden Temple Manager Harbans Singh Malhi told The Indian Express.

Gurbax Singh, an official who coordinates with the field team from the CCTV cameras broadcast room with the help of wireless sets, said that out of the 130 cameras, 18 were high-end cameras with excellent megapixel and zoom configurations. “These can be rotated in any direction. The rest are static and record video footage of a particular direction where these are angled,” he added.

Two persons monitor eight LCDs in a eight-hour shifts, as the cameras work round-the-clock. The footage is monitored in three shifts. In the field, four wireless operators work in one shift to act on the directions from officials watching the footage.

“Ever since the cameras have been installed, we have nabbed 140 people for committing thefts inside the temple. They also included a few women and a family, with the husband, wife and kids participating in the act. We have even caught a person, who had been impersonating as an assistant sub-inspector and extorting money from students,” said Gurbax. “The cameras store recordings of the last three days. There have been instances when thieves have left the temple after committing the crime. They were caught when they came to the Golden Temple again,” he added.

The CCTV footage also proves beneficial for the police. “The CCTV camera teams provide us with the CDs, which are useful during trials as these act as corroborative evidence against the thief in court,” Galiara police post in-charge Mukhtiar Singh said.

Another police officer, however, said that the police sometimes face difficulty in getting the accused punished after the devotees refuse to lodge a formal complaint. There was a need to also install cameras at places like the sanctum sanctorum and the passage to sanctum sanctorum from Darshani Deori, he added.

SGPC chief Avtar Singh Makkar said that once SGPC passes the budget for the coming financial year, CCTV cameras will be installed in more areas at the temple.