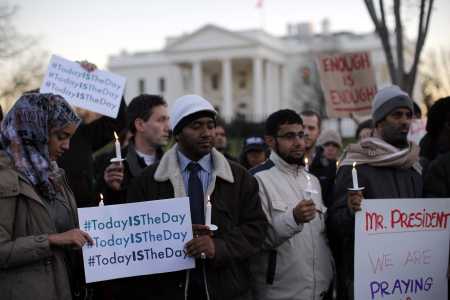 Another tragedy, another debate over guns

Comments Off on Another tragedy, another debate over guns 41 Views

Wisconsin,USA: In the last six months, America has suffered a rash of mass shootings. Starting with the Aurora theater shootings, on to gunmen opening fire in a Sikh Temple in Wisconsin, by the Texas A&M campus, near New York’s Empire State Building and in an Oregon mall.

Now here we are again. Early reports are of 27 dead, many wounded, several still in critical condition. What we are also hearing again is the litany of all-too-familiar reactions. We call the acts unfathomable, senseless, pure evil, the work of a madman. We remind ourselves that life is fragile and that we should make every second count. We convince ourselves that these acts of violence could happen anywhere, that they do happen in other countries, that they are random, and that they are isolated. We insist that the U.S. murder rate is at a historical low, that Connecticut is a safe state, that Newton is a safe area, and that we are basically safe.
We come together as a community — we stress community — in order to grieve, to pray, and to hail that we will overcome and be strong again.

Let’s be honest. We do not live in a “safe” place. If evidence from the rash of mass shootings in the last few months alone is not enough, a few basic statistics underscore this point. In 2011, more than 9,767 people in Connecticut were victims of violent crime. While most people would never consider Connecticut to be a murder haven of the U.S. by any means, its homicide rate is twice that of Australia, France, Israel, Italy, Switzerland, United Kingdom, and 50 other countries across the world, and many of these homicides are the result of a firearm. Indeed, its murder rate is similar to Pakistan’s, Argentina’s, Chile’s, Cambodia’s and Bolivia’s.

Let’s also be honest about another point: Time and time again, with very few exceptions, the profile of the shooter is a young man, usually white, who is failing life, either through job loss, failure at school/college, failure with girls and other relationships, or who has experienced some serious dings to his masculinity. Add some easy access to legal guns and bullets, and when the mental and identity crisis hits, we see these boys taking casualties, whether it is fellow classmates, theater patrons, parents or little kids.
Most probably what will follow in the next few days and weeks will be fruitless debates about gun control, absurd suggestions relating to school security (such as making classrooms out of bulletproof glass), overblown conjecture about the shooter’s mental health problems, and Monday morning quarterbacking from professors, students, friends and neighbors who were not “surprised” that he (allegedly) committed this atrocity.

What I hope happens is that the sense of community that is building right now continues so we can critically use this horrible event to address the problem of lethal violence in all of its forms — the other many, many acts of senseless violence that happen on a daily basis not just in Connecticut but around the entire country as well. This will also require that “pro-Second Amendment” types drop their hyperboles and hypotheticals and contribute scientifically and meaningfully to one point of agreement: If a person wants to purchase a gun for the sole and only purpose of murdering someone, that person should not be able to get a gun, let alone thousands of rounds of ammunition.

This is no longer just a constitutional or law enforcement issue. This is a public health problem.

Last week, Gov. John Hickenlooper stated the time has come to discuss gun control. I hope other governors and the president join the discussion about lethal gun violence in America, and I hope they offer more than the flip condolences and the typical reactions we have heard so far.

Lisa Pasko is an associate professor of criminology at the University of Denver. She teaches a class called “Murder in America,” which covers mass shootings extensively.