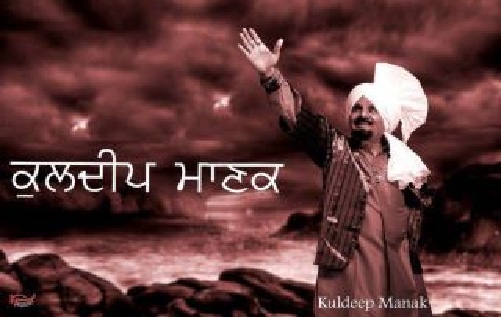 Amritsar, Punjab: The legendary Punjabi singer Kuldeep Manak admitted to the DMC hospital in Ludhiana on Nov 28 and passes away on Nov 30. He was suffering from pneumonia and was on ventilator support. He was 62. Punjabi singer who was known for singing a genre of traditional Punjabi songs called kaliyan.

In July 2011, Kuldeep Manak suffered acute lower gastrointestinal bleeding and was admitted in emergency care for more than a week. According to Mohammad Sadiq, Punjabi folk singer and a good friend of Manak, his son Yudhvir had not been keeping good health for the last six months, which had made the going tough for their family. He said Yudhvir was admitted in Dayanand Medical College and Hospital for a long time.
Sadiq said Kuldeep was under tremendous stress owing to his son’s illness, which resulted in him falling sick. Attending physcian said initially, when Kuldeep Manak was admitted in the hospital, his condition was very serious, but he was stable when discharged from emergency care. He said they had given him endoscopic treatment and had transfused blood. He added that while the bleeding had stopped, he was under observation before he passed away.

In his early life, Kuldeep Manak was a keen field hockey player. He had an inclination towards singing from a very young age and was persuaded by his teachers to sing and perform on stage. In 1968, at only 17 years of age, he was given the chance to sing with Seema, a popular singer of that period. He started singing with the duo Harcharan Grewal and Seema. Kuldeep Manak broke all limits of traditional Punjabi Kali. Kuldeep is popularly known for singing Punjabi folk numbers including ‘Ma hundi hai ma’, ‘Tere tille ton surat dendi aa heer di’, ‘Dhula Bhatti’ and ‘Sucha Surma’.

Kuldeep Manak was born in the village of Jalal in the Bathinda district. His father Nikka Khan, was a singer himself. Manak has two brothers: Siddqui, a devotional singer, and Rafiq, a tantric, who also hit the headlines for a while. Kuldeep Manak’s ancestors were the Hazoori Raagis (designated cantors) of Kirtan for Maharaja Hira Singh of Nabha. Manak studied under Ustad Kushi Mohammad Qawwal of Ferozepur. Manak later converted to Sikhism and he had parkash of Sri Guru Granth Sahib Ji’s Saroop at his home.

He was married to Sarabjeet and had two children, a son Yudhvir Manak (married) and a daughter Shakti (married). Yudhvir is following in his father’s footsteps as an up-and-coming singer from Punjab. Manak was a heavy drinker since young age, he used to say his habit of drinking came from the people whose company he shared. Manak died on 30th November, 2011.