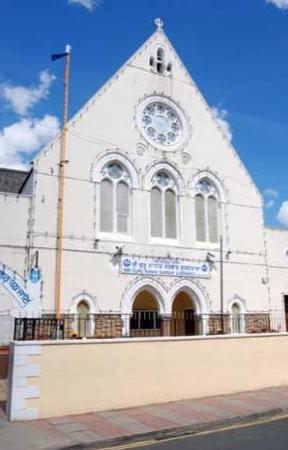 Gravesend, UK: A Sikh community leader has defended its decision to sell a 137-year-old temple for demolition after criticism from a campaign group.

The Gurdwara Management Committee decided to sell the building to the developer for £3.1m to raise money for the new £11m temple it is constructing in Khalsa Avenue.

SAVE, which campaigns to preserve historic British buildings, is set to call for a judicial review into the council’s decision to allow the demolition of the temple.

Director William Palin said: “Although unlisted, this fine building, dating from 1872, is in a conservation area and in good condition.

“SAVE believes the council failed to pay proper attention to national heritage guidelines for the demolition of buildings within conservation areas.

“The motive for demolition seems to be purely financial and there is little evidence the feasibility of other uses have been seriously investigated.”

However, Gurdwara Management Committee general secretary Narinder Singh says it had been trying to sell the building for re-use for two years before accepting Thamesview Living’s offer.

The 56-year-old said: “The Sikh community wants to finish building the new temple and needs the money from the sale of the old Gurdwara.”

When deciding to permit the sale, the council’s regulatory board concluded the temple was in a state of disrepair and unlikely to attract a buyer who wanted to use the building.

In response to SAVE’s threat of legal action, board chairman Councillor Harold Craske said: “In my view the regulatory board’s decision was reached correctly.

“On the night we considered everything before us, all the officers reports and objections that had been submitted as well as the opinions of those who addressed the board, and came to our conclusion.”

For information on the new temple, go to gurunanakdarbar.org