Queen wanted to end Sikh Rule in Punjab at any cost 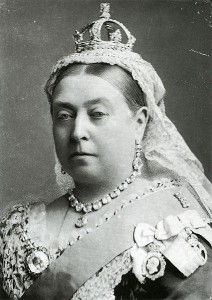 London, UK: Queen Victoria instructed the wife of the grandson of Maharaja Ranjit Singh not to have children in a bid to maintain the hold of the British Raj over the Sikh kingdom in Punjab, a new book has claimed.

The book is a biography of Duleep Singh, son of Maharaja Ranjit Singh. It claimed that the Queen gave the instruction 12 years after the British army physically stopped a disgruntled and rebellious Duleep Singh from returning to India from England, where he had been taken as a 12-year-old boy-king.

Like his father, Prince Victor also made a futile bid to visit India in 1898 to spend honeymoon with Lady Anne, but they were stopped by the British in Colombo.

On their return, they attended a ball thrown by Queen Victoria at Buckingham Palace on July 8, 1898, where among the invitees was Prince Victor’s sister Princess Sophia, younger brother Prince Frederick and several other royals visiting from India.

It was after the ball, Queen Victoria gave the instruction to Princess Anne not to have children.

The book also refers to a second claim about an alleged British plot to stem the royal Sikh bloodline.

According to it, Princess Bamba, Duleep Singh’s youngest daughter from his first marriage, had told members of the Fakir family, who were former ministers in her father’s court, that when they were children their English cooks would put “certain substances” into their food so as to make them infertile.

None of Duleep Singh’s children had any issue.

The property of the last King of Sikh’s auctioned