Notorious organization SikhRi has recently announced the launch of its new ‘business’ under the name of Punjab Digital Library…I call it business because its nothing more than a business. The documents etc are not accessible unless one has a paid subscription…And they are selling this new launch under the name of ‘seva’ etc….they have, of course, collected material from scores of private collectors and now they want to cash on that collection.

This topic apart, while browsing through their shop I came across Guru Gobind Singh Sahib’s signatures which they are selling for 20 USD….And very meticulously they have distorted the signatures by removing the ‘siri sahib’ from top of the signatures….

Do they have the right to change Guru Sahib’s signatures? In most of the hukanmamas Guru Sahib made a small Siri Sahib on top of “Ik Onkar Satguru Prasad”…and this embodies the concept of Sant-Sipahi.

By engaging in such a blasphemy does SikhRI want to redefine Sikh ethos or they would instead be humble enough to accept another fault and apologise. Here is the picture of the distorted signatures http://www.nanakshah…b2fb88a4ec9aa3a Here are some pics of Guru Sahib’s hukamnams..scroll down to see the one in its original form which SikhRI/PDL has distorted. http://patshahi10.or…erhs&Itemid=106 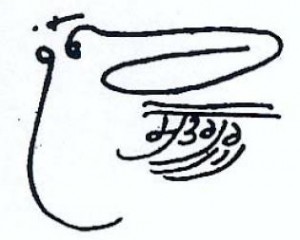 Previous: Punjabis will always be Punjabi’s, whether they are Sikh or Muslim
Next: Sikh body to knock UN door in 1984 Sikh genocide case