Sikh Genocide victims yet to get justice, says Oz MP

Comments Off on Sikh Genocide victims yet to get justice, says Oz MP 269 Views 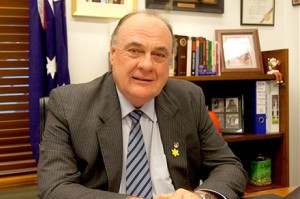 Chandigarh, Punjab: On the 28th anniversary of the 1984 Sikh genocide, a petition was tabled in the Australia House of Representatives today seeking to declare the as genocide. The petition was tabled by Warren Entsch, Chief Opposition Whip for the Liberal Party.

The petition has urged the Government of India to take all reasonable measures to bring all persons responsible for this “organised campaign” of violence to justice. This includes criminal prosecutions against the responsible persons following due process of law.

The Australian MP has also noted in the petition: “I am aware that the Prime Minister of India has asked the victims to ‘forgive and forget’. But it seems clear to me that the events of 1984 onwards and the lack of justice has left lasting wounds on the Sikh psyche. The old saying ‘a crime unpunished is a crime encouraged’ is illustrated by the fact that those responsible for this violence, the police, the ‘death squads’ and those who authorised their actions, have never faced criminal prosecution. In many cases they have actually been promoted”.

The petition has got the support from Labour Party Member Parliament Michelle Rowland who also demanded prosecution of those involved in the torture, extrajudicial killings and disappearances of Sikhs during counter-insurgency operations in Punjab.

Previous: Illegal hotels around Golden Temple become bone of contention for authorities
Next: SGPC steps in to ensure safe langar