Gurdarshan Dhillon name calls Sri Dasam Granth because of Charitropakhayan. He is totally wrong as he has not understood its purpose.

Charitropakhyan is a plot created by Guru Sahib in which there is an account of stories told by the wise minister to his King (ਮੰਤ੍ਰੀ ਭੂਪ ਸੰਬਾਦੇ). It is a third person narration and at end of each story it is written that this is a dialogue between King and his minister (ਮੰਤ੍ਰੀ ਭੂਪ ਸੰਬਾਦੇ).

In second Charitra it is story of King Chitra Singh of Chitravati. He marries a damsel of Indra’s kingdom. She gave birth to a son, Hanuvant Singh. The damsel deserted the king when he grew old. He then marries a young princess Chitramati. Chitramati was the daughter of the ruler of Orissa whom he marries after defeating her father. Chitramati was about the age of the son of Chitra Singh, Hanuvant Singh. She is not happy as king is old and is attracted to King’s son and tried to seduce him into a sexual relationship, but Hanuvant Singh was religious in thought and did not fall for her. She in turn created a drama and accused Hanuvant Singh of raping her. King Chitra Singh believed her blindly, without knowing the side of his son, and sentenced him to death.

Mantri  of the King, knew that the King’s second wife, Chitramati, was not of a pious character and was falsely blaming Hanuvant Singh. In order to prevent the wrongful execution of Hanuvant Singh, the adviser recites various accounts of stories depicting different situations, with the intention of making the King realize his folly and improve his decision-making skill. He tells stories of lust laden women and men to king to make him realize that such persons exist. King realizes his folly and forgives his son after hearing these stories of women and men of low morals. 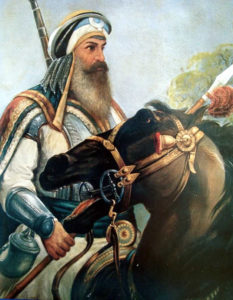 Such was the character of singhs who read Charitropakhayan.

Gurdarshan Dhillon curses Dasam Granth saying it does not have account of Khalsa creation. It is hard to believe that Mr Dhillon had a career in history subject in Punjab University since he does not know that Dasam Granth was completed and compiled by 1696 AD i.e. three years before creation of Khalsa in 1699 AD.

We appeal to our Sikh community organizers who invite such deceitful characters as Dhillon, Gurtej (IAS) etc. and call them here to be cautious of them as their main intention seems to be to spread false propaganda against sikh scriptures, history and traditions. They are not rehatwan Sikhs and belong to old communist school of thought.

SikhSangat News Team would like to call on any writer who wants to send their opinions and wants to give reply to the above series of Articles given by valid evidence. We will publish their work on our website. Use contact us page for submission.