Baldev Kalsi charged with murder in death of wife Narinder

Baldev Kalsi, the former leader of a Sikh temple in Surrey, B.C., has been charged with the second-degree murder of his wife, Narinder Kaur Kalsi.

Narinder died after her family agreed to have her taken off life support on Sunday afternoon, police have confirmed. 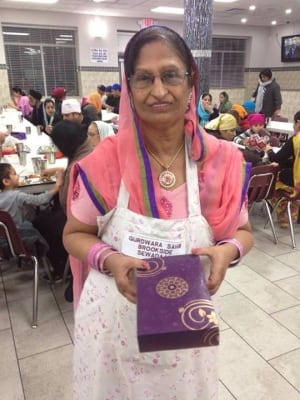 On July 13, she was rushed to hospital in critical condition after she was found in severe medical distress at her family home in South Surrey.

On Monday police confirmed charges against her husband  had been upgraded from attempted murder to second-degree murder following her death.

Baldev was arrested at the scene and originally charged with aggravated assault, and then attempted murder.

Last week police confirmed Bladev was attacked by another inmate at the pretrial facilities in Surrey.

President of the Brookside Sikh Temple in Surrey at the time of his arrest, Baldev has since been removed from that position.

2014-07-22
SSNews
Previous: Akali Dal back to its Panthic agenda
Next: ‘I pursued medicine because of dad’