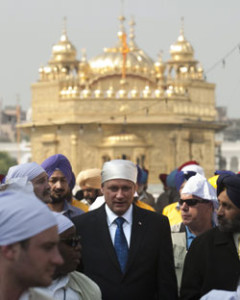 Amritsar, Punjab: The SGPC today termed the move by Canada’s Quebec province to ban religious symbols as “unjust” and appealed to Canadian Prime Minister Stephen Harper to intervene in the matter.

In a statement today, SGPC chief Avtar Singh Makkar said Quebec’s move to give final touches to the controversial “Charter of Quebec Values” was a “testimony of its dictatorial policies.”

He said the Quebec government had earlier promised to give the proposal a second thought in view of protests from Sikhs and other communities, but nothing of the sort seemed to have been done.

He said the tabling of the Bill in the Quebec assembly was a “grave injustice” to students and employees of the Sikh community. He said religious symbols like the kirpan and turban were a part of the Sikh identity and that the move had hurt the religious sentiments of the community.