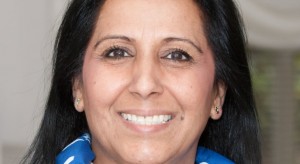 Toronto, Canada – In a bold move, Conservative MP Nina Grewal has defiantly opposed suggestions of Sikh Extremism by India.  While traveling with a delgation of 4 Sikh MPs alongside Prime Minister Harper in Punjab, the Conservatives have faced a lot of criticism. Human rights activists have suggested that the poor timing of the trip which coincides with the 28th Anniversary of the 1984 Sikh Genocide and the refusal to raise human rights, has been problematic and hurtful to members of the Sikh community.

Earlier today, in a meeting with Prime Minister Harper,  India’s minister of state for external affairs Preneet Kaur stated, “Prime minister, there was another area of great concern for us, which was the revival of anti-India rhetoric in Canada…”.  Preneet Kaur implied that the Indian government has concerns about the rise of Sikh extremism in Canada, but provided no concrete examples to substantiate this worry.

As a result, in a series of media reports published in Canada and India, the allegations of the Indian state have come under scrutiny.  The CBC and others have highlighted India’s allegations come in response to various requests by Sikh organizations to address the lack of justice provided to the victims of the 1984 Sikh Genocide.  Further, Canadian media has highlighted that the Official Opposition leader Tom Mulair has made calls for justice and reconcilation.

But, beyond this request from the NDP, there has been a strong move by Nina Grewal, who has stood above all her colleauges.  While explaing that she doesn’t really understand where the suggestion comes from that Canada has a Sikh extremist problem, Nina Grewal stated, ”Well, 99.9 per cent of the people are very peace-loving people … I haven’t witnessed anything of this type in Canada”.

In another surprise, former Liberal MP Ruby Dhalla who has come under great scrutiny in the past for her ties to the Badal gamily and alleged genocide perpetrators Kamal Nath and Narendera Modi, was quoted in the Times of India as saying:

“I think the perception of this threat can be blown out of proportion at times. There is no tolerance at all for any terror related activity in Canada,” she says. Has she ever felt threatened by separatists? “No. I am a proud Sikh but that doesn’t mean I have to support terror in any form,”

Previous: Sikh body writes to Canadian PM Harper ahead of his visit to India
Next: What happened in Slough Singh Sabha Gurdwara with Sarabjit Dhundi