London,UK: In a gruesome incident, four members of a Sikh family, including three children, have been found murdered in their home in Belgium’s capital city of Brussels.

All the four victims, who hailed from Punjab, had their throats cut, a report from Brussels said.

The gruesome discovery was made when the father of the children found them and his wife dead after he returned his home in the Brussels municipality of Etterbeek from work on Friday night, Belgian news portal Deredactie.be reported.
According to the report, the Brussels judicial authorities have confirmed that they are probing a quadruple murder, but have refused to comment further on the case. 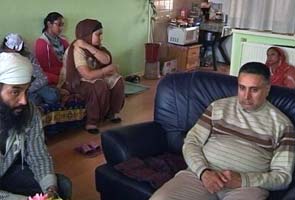 The father of the children came to live in Belgium 15 years ago and his wife joined him around 5 years ago.