Jalandhar,Panjab: Condemning the alleged ‘torture’ of SAD (Panch Pardhani) chief Kulbir Singh Barapind in police custody, Human Rights Watch (HRW) has appealed to the US authorities to review the extradition treaty with India, saying the torture was against the spirit of such a treaty.

“Indian Parliament should promptly enact the Prevention of Torture bill and the government should take immediate steps to implement its provisions ,” HRW said here on Saturday.

Barapind’s counsel had moved an application in the court of JMIC Jatinder Pal Singh Bhatti on September 26, alleging that he was given electric shock in police custody.

The court had issued directions on Friday for constituting a board of doctors for examining Barapind to ascertain the allegations.

HRW noted that the US had extradited Barapind to India, on murder charges after obtaining the assurance that he would not be tortured. A court in India subsequently acquitted Barapind of all charges and released him in April 2008.

Meanwhile, Sikhs for Justice, a US-based NGO, has approached Hillary Clinton, Secretary of State, urging the US to terminate the extradition treaty with India owing to India’s “routine practice of torturing detainees”. 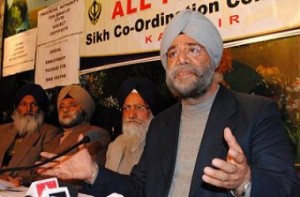 Meanwhile, the US Embassy in India has taken up the matter.