Rowling’s Sikhs and the pains of England 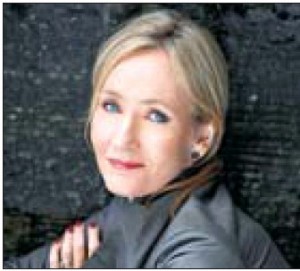 UK:The PR-soaked launch of JK Rowling’s latest book, The Casual Vacancy, has been accompanied by a sharply-angled side-story. It’s about the family of Sikhs that the Harry Potter author has introduced in her first book for adults.

They are the Jawanda family, residents of the small English town of Pagford — Dr Parminder, a local councillor, her surgeon husband Vikram and their ‘square and sulky’ daughter Sukhvinder. Now, as is well known, all of rural England is white. No Asian or Black lives or has ever lived in England’s idyllic small towns, the spicy aroma of curries has never been smelt there, and a mispronounced ‘Howzzat’ from the throat of a South Asian leg spinner is yet to ring through the village green.

I joke of course. But if you were to read or watch any of the countless works of fiction, television dramas or big screen movies set in rural England you’d be forgiven for thinking these quaint lands come with a ‘Whites only’ sign. But that, of course, is not the case — hasn’t been for a very long time. The proportion of ethnic minorities in rural areas is small but not insignificant. Across rural Britain, they number between 1% to just over 15% of the population.

Yet, in March 2011, the creator of the English village drama Midsomer Murders admitted to whitening up his episodes. “We just don’t have ethnic minorities involved,” said Brian True-May. “Because it wouldn’t be the English village with them. It just wouldn’t work. We’re the last bastion of Englishness and I want to keep it that way.” He was sacked by ITN TV channel, which was “shocked and appalled.”

The Casual Vacancy has received mixed reviews but this story about Sikhs stands out. In Rowling’s hands, the Jawandas come alive as everyday folk who sit easily with others. Minorities do that in real life. We meet Dr Parminder Jawanda as she walks into the local delicatessen. Just as the countless Parminders do — all over this island.

Tagged with: Rowling’s Sikhs and the pains of England

Previous: JK Rowling did ‘vast research’ on Sikhism for ‘The Casual Vacancy’
Next: “Tytler’s Role In Attack on Gurudwara Pul Bangash In 1984”