I am strongly of the view that religious affairs should be left to religious leaders and scholars because interference by other authorities; be it judiciary or executive most of the times turns out to be unacceptable and some times undesirable.

Though the Punjab and Haryana high court judgment allowing “Sehajdharis” to vote in the gurdwara elections came last month, I did not react to it immediately because I was surprised and amused after reading it. I went through all records, scholars’ views and scriptures and found no substantial evidence on “Sehajdhari” being an active part of Sikh ethos. 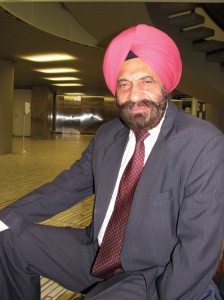 Sehajdhari, according to scholars, are those who are not Sikhs but believe in gurus and gurbani. This is a very wide canvass. Even the tenth Sikh guru, Gobind Singh ji, has clearly stated “Manas ki jatt sabhey ek hi pachenbo”; similarly it’s part of Sikh lore that “Awal allah noor uphaya kudrat de sab bande”— mankind belongs to one almighty.

But Guru Gobind Singh ji, who founded the Khalsa Panth, also made it very clear that the Sikh has to have a distinct identity. He said in no uncertain words: “Rehat pyari moh ko Sikh pyara nahi” (I will not like the Sikh who does not accept a distinct rehat identity).

In daily prayer, one thing is always mentioned: “Sikhan no Sikhi dan, kesh dan (Sikh(s) should be blessed with uncut hair)”.

The term Sehajdhari came into vogue after the formation of the Khalsa because many people slowly came into the Sikh fold after accepting and understanding its tenets.

Justice JS Khehar is currently a judge of the Supreme Court. While heading a full bench of the Punjab and Haryana high court on May 30, 2009, he had held, “Retaining hair unshorn is a fundamental tenet of the Sikh”. He added, “Not only that, under the ‘Sikh rehat maryada’, a Sikh is not permitted to dishonour hair, or even to harbour any antipathy to hair of the head with which a child is born”.

Holding that religion must be perceived as it is, and not as another would like it to be, justice Khehar gave this landmark verdict on a petition challenging the constitutional validity of the definition of a Sikh as contained in the Sikh Gurdwara Act, 1925, filed by Gurleen Kaur who had been denied admission to an MBBS course at the SGPC-run institution on the grounds that individuals with plucked eyebrows or trimmed beards are not eligible as these were against tenets of Sikh religion.

So there is a clear distinction between a Sehajdhari and a Patit (person who has willingly cut his hair and given up the Sikh identity).

Many Sikhs have discarded their identity especially in Punjab. They are the people who are now claiming that they are Sehajdhari, which is blatantly wrong. And on this issue judicial intervention is not acceptable. Remember the Supreme Court’s judgment in the Shah Bano case, which even forced the then union government headed by Rajiv Gandhi to introduce a bill in Parliament nullifying that decision because the government viewed the judgment as interference in religion? So why are Sikhs being made an exception? The recent judgment allowing Sehajdharis voting rights in gurdwara elections is at variance with the verdict of the same court delivered by justice Khehar.

Gurdwaras form the backbone of the Sikh community. Here prayers are recited every day, exhorting Sikhs to follow the teaching of Guru Gobind Singh ji. Here “Amrit Prachar” (baptism ceremony) is held to infuse the spirit of rehat maryada among Sikhs. How can these gurdwaras be run by Patits or by those who do not accept the basic creed of the Sikh religion?

There are several Hindu temples in the country where no non-Hindu is allowed to worship, leave aside administrating them. No non-Muslim can go to Mecca and Medina. So why should Sikh gurdwaras, administration or elections come under judicial preview?

While there is state interference in their religious affairs, when it come to Sikhs’ legitimate demand of separate marriage act, no action is taken.

One may ask why people who have willingly given up the Sikh identity are so desperate to be known as Sehajdhari. I believe this is becase they are in ‘non-man’s land’. They are confused because they don’t want to call themselves Hindus.

Whenever I go to other parts of the country, Sikhs complain: “We live by our religon against all odds and are proud of being Sikhs and its distinct identity, but we find it hard to explain to others when we see clean-shaven people coming from Punjab claiming to be Sikhs”.

It is time for the Sikhs leadership, clergy, scholars and intellectuals to put their differences aside and think about the future of the community and also make it clear to the government to leave Sikh institutions alone. Earlier attempts to interfere have led to disastrous consequences.

This is also the time to make the idfference between Shehadharis and Patits clear and spell out who has the right to vote and admninister gurdwaras. Sikhs need no state interference in this regard.