Comments Off on Indian Government representatives at Sikh Events 315 Views 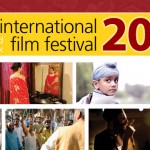 er 3, 2012 “to celebrate the rich heritage, culture and traditions of the Sikhs.” In the past dignitaries and business leaders have been selected as Chief Guest and Guest of Honors.

Unfortunately, The Chief Guest this year is Nirupama Rao, India’s Ambassador to the United States and the Guest of Honors include Prabhu Dayal, Consul General India, New York and Hardeep Puri, India’s Permanent Representative to the United Nations.

For some, Sikhs having Indian Government representatives as honorees poses no conflict and should be encouraged. One may argue that the attack on Darbar Sahib and Genocide in 1984 are distant events that occurred twenty eight years ago and should be forgotten. One may argue that the civil war which ensued for ten years afterwards in Panjab and led to the death of the tens of thousands of Sikh youth were collateral damage and justifiable in order to preserve the unity of India. One may argue that that struggle for an independent Panjab has reached its nadir and it’s important to “re-Indianize” ourselves and take advantage of the current economic environment.

However the recent Rajoana hanging episode (his sentence was deferred but not commuted), continuing impunity for politicians involved in the 1984 Delhi Genocide, promotion of Sumedh Saini (“Panjab’s Dirty Harry”) to DGP of Panjab and electing former DSP Izhar Alam’s (Alam Sena) wife as an Akali Dal candidate points to recent attempts to stamp out any remnants of Sikh sovereignty as well as the continuing denial of accountability of human rights abuses committed by India.

After the Oak Creek Massacre, Sikhs in the US have united to make sure our rights are better protected, yet little attention is given to events in India over the past 28 years. Though a Film Festival may not be the ideal venue to bring up these issues, honoring officials of a country that has caused so much destruction to our community goes directly against the ethos of our rich heritage, culture and tradition which is based on justice, goodwill and helping those that cannot help themselves. Rather the invitation of the Indian officials smacks in the face these universal values and sends a message of impunity and lack of accountability. The recent US District Court’s summons for visiting Punjab Chief Minister Prakash Singh Badal on the charges of police custodial torture and shielding police officers may not have teeth but any time we can restrict the movement of Indian politicians in the West we put them on notice that they have to abide by the standards of international law. In my humble opinion, the Sikh Film Festival committee should not invite Indian dignitaries to their venue but rather urge them to bring about changes in India to help all suffering minorities including Muslims, Christians and Dalits.