All set for Babe da viah 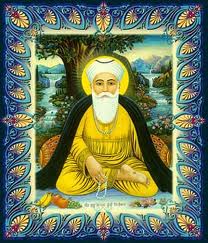 HUNDREDS OF PEOPLE LEAVE FOR SULTANPUR LODHI ON THURSDAY EVENING TO JOIN THE MARRIAGE PARTY, WHICH WILL REACH BATALA ON FRIDAY NIGHT

BATALA:PANJAB,This town is once again reverberating with Gurbani and shabad kirtan. The occasion is the 525th marriage anniversary of Guru Nanak (Babe da viah).

Hundreds of people are leaving for Sultanpur Lodhi on Thursday evening to join the marriage party, which will reach here on Friday night.

Guru Nanak was married to Mata Sulakhni, daughter of Mul Chand, a Chona Khatri, here in 1487. The ceremonies were a grand affair as Mata Sulakhni was the daughter of a revenue official. However, Guru Nanak refused to follow the marriage rituals dictated by Brahmins. He and Sulakhni took four rounds of the sacred fire instead of the seven.

The marriage procession of Guru Nanak will start from Sultanpur Lodhi on Friday for this town at 7.30am from Gurdwara Ber Sahib.

To celebrate the occasion, many people have started akhand path in their homes and the bhog ceremonies of these paths will be held at 8am on Saturday.

Gurtinder Pal Singh Bhatia, manager, Gurdwara Dera Sahib, the place where Guru Nanak got married, said lakhs o f people from Punjab and other parts had descended on the town to see the nagar kirtan of the barat.

The procession will be led by the palki and the Panj Piaras.

The marriage party will be welcomed at Goindwal Sahib, Khadoor Sahib, Baba Bakala, Mehta Chowk, Achal Sahib and Batala in a traditional manner.

The members of the marriage party will spend the night at religious places and private houses. In the morning on September 22, a nagar kirtan will start from Gurdwara Dera Sahib and culminate at the same place.

Bhatia said the entire town had been humming with activity and the atmosphere was festive. People of all religions we re participating in the arrangements

Previous: 400-yr- old rabab pulls visitors at exhibition
Next: The son of a Sikh killed in Wisconsin shooting for anti-Sikh hate crimes